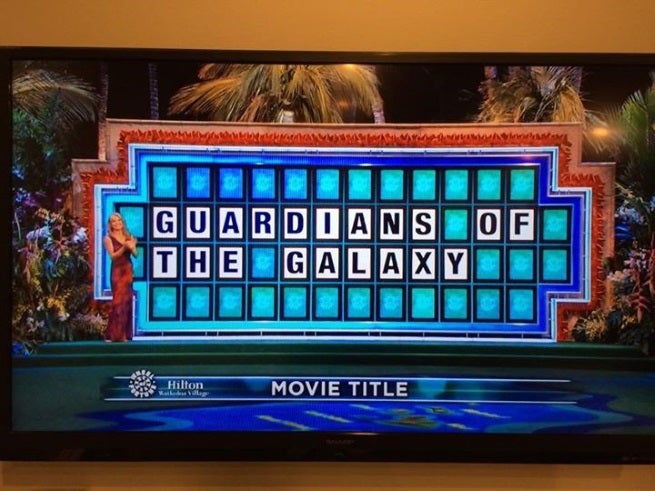 Guardians of the Galaxy may have been considered a risky, B-list property prior to the Marvel Studios film, but the success of the film seems to have caused it to be instantly absorbed into pop culture canon.

Exhibit A: Guardians of the Galaxy was the answer to one of last week’s Wheel of Fortune puzzles, with the clue “Movie Title.”

The screenshot has been making the rounds on social media, and James Gunn finally posted it to his own Facebook timeline.

Guardians of the Galaxy comes to Blu-ray December 9.

Guardians Of The Galaxy Featured On Wheel Of Fortune