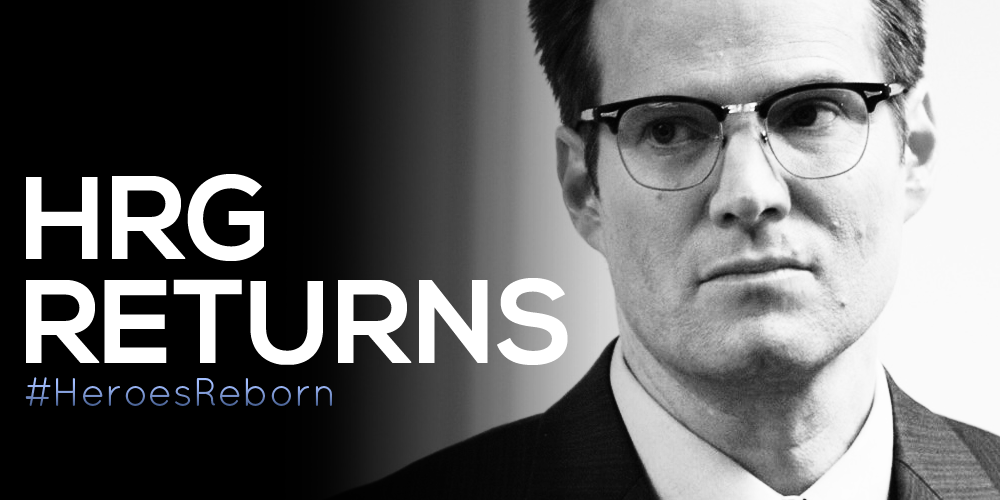 The 13-episode miniseries from Heroes creator Tim Kring will reportedly bring back some more familiar faces, but some Heroes regulars have already said they won't or can't return for the show. Many fans expressed the opinion that without Coleman, it wasn't really Heroes.

Among those not returning are executive producers Jeph Loeb, who is busy with Agents of S.H.I.E.L.D., and Bryan Fuller, who is the showrunner on Hannibal.

Coleman will reprise his character as Noah Bennett aka HRG, or the Man in the Horn-Rimmed Glasses, a nickname given to him by fans before the character's real name was revealed.

Starting as a nameless antagonist, Coleman's character quickly became a fan favorite and one of the most interesting and compelling characters on the show. By the end of the series, he was carrying most of the series' best scenes.

Coleman's return makes the most sense of any character in the series; not only was his daughter one of the main titular heroes, but as a member of the Company, he could be working with an entire new generation of superhuman characters.

The long-standing rumor is that Heroes was originally intended to be an anthology-style series, with each season telling a discrete story and introducing a new group of characters. When some of the actors and characters in the show's fan-favorite first season became big hits, the network insisted on keeping them around.

Heroes Reborn is expected along as a midseason replacement in 2015.