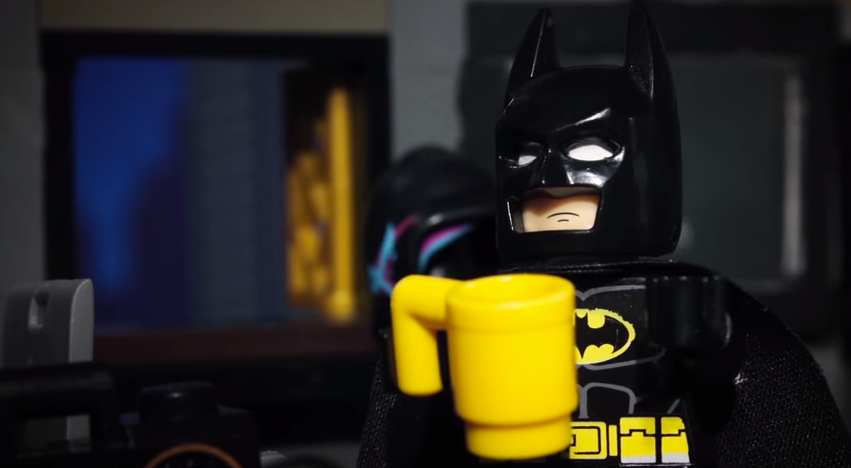 The YouTube humorists “How It Should Have Ended” have unrolled a new video, featuring their perennial favorite, Batman.

This time, How It Should Have Ended targeted the Caped Crusader's Lego incarnation, as he appeared in The Lego Movie. Batman, still feeling jealous over his ex-girlfriend Lucy’s split for Emmet, decides to pay her a visit. After rattling off everything that makes him so much “hotter” than Emmet, Batman is shocked to see a new and improved, “Star-Lord” Emmet enter Lucy’s apartment.

This is where the video gets a little meta. Emmet was voiced by actor Chris Pratt, who also played Peter Quill/Star-Lord in this summer’s Guardians of the Galaxy. When Pratt took on the role, he was known as a chubby, lovable goof—a real-life embodiment of Emmet. But once he started training for the role, Pratt transformed into a ripped superhero with abs that would make the Dark Knight jealous. So when post-Guardians Emmet walks into the apartment during the video, he’s not only reflecting Chris Pratt’s transformation, but also proving that Batman isn't as hot as he think he is.

It’s a lot of explanation for a short video, but hopefully it makes it all the more humorous when you check it out below.

You can catch The Lego Movie on DVD and Blu Ray now, while Guardians of the Galaxy hits home video on December 9th.