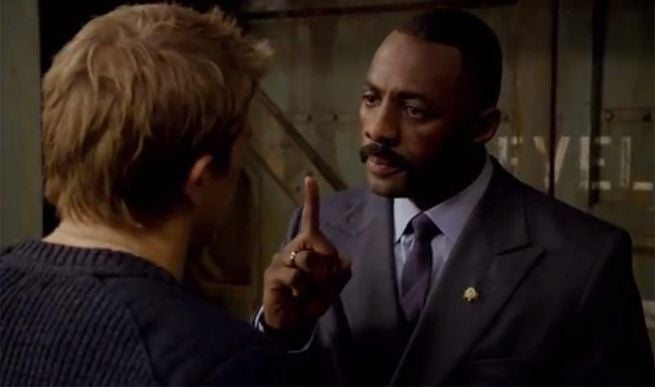 While Idris Elba's character was (spoilers!) killed at the end of Pacific Rim, many viewers and entertainment writers have speculated that the fan-favorite actor could find a way to return, either via flashback or some other means.

And while writers Travis Beacham and Guillermo del Toro are hard at work on the script for the sequel, even Elba himself doesn't yet know whether he'll be asked back in any capacity.

"Yeah, I don't know much about Pacific Rim 2," Elba told a fan during a recent Reddit AMA when asked. "I hear they are making one, and I don't know if my character will be in it, since my character died in the first one."

Besides cancelling the apocalypse, Elba also spent some time with the proto-Alien world of Prometheus -- but doesn't know about coming back for the planned sequel to that film, either.

"I kind of felt like that I've been there and done it, to be honest," he said. "If it was a prequel, yes, but the sequel it'd be impossible unless I came back as the alien."

That said, he was a fan of the controversial film.

"I think it's an incredible film," he said. "I think that the finished product was, you know, full of all the promises it had promised. I suspect the story was a little dense in places for some members of the audience, but didn't let them take away from its sort of ambition and achievement. Ridley Scott is an incredible director."

Does Dakota Die in Fear the Walking Dead's Season Finale?

NXT TakeOver: Raquel Gonzalez Retains at In Your House

DC's Legends of Tomorrow Recap: Here's Everything You Missed in "Bishop's Gambit"