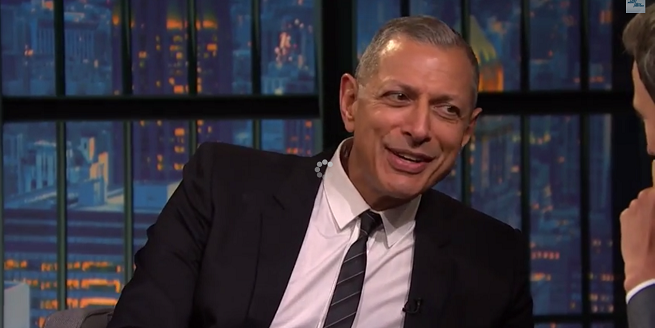 In a new interview with Time magazine, Jurassic Park and The Big Chill actor Jeff Goldblum revealed a little more about the current status of the Independence Day sequel to which he's attached.

Asked about sequels to his film, and the potential for further involvement with the '90s blockbuster franchises of which he was a key part, Goldblum confirmed previous comments that he wasn't involved with Jurassic World, but will be in the next Independence Day movie(s).

"Well, people like that Jurassic Park thing, and I think they’re making another which I tell them, I’ll be first in line for, but am not in," Goldblum said., "And then Independence Day, I had a meeting and have been talking over the last several months or year with Roland Emmerich and Dean Devlin, the producer, and they’ve been cooking up and say they have a part for me in what they hope will be a plan to make another one pretty soon."

The reporter prodded him that everyone's involvement with the project seems somewhat nebulous until it actually happens, and Goldblum agreed: "I think you’ve put your finger on it. 'Nebulous until actually' is what that file is under, but yeah, they’re still talking about it and I’ve heard recent rumblings here and there about it, and 'Oh, there’s a scripting coming in' — maybe last weekend there was a script handed in, so it’s brewing."

Independence Day 2 Script Is In, According to Jeff Goldblum