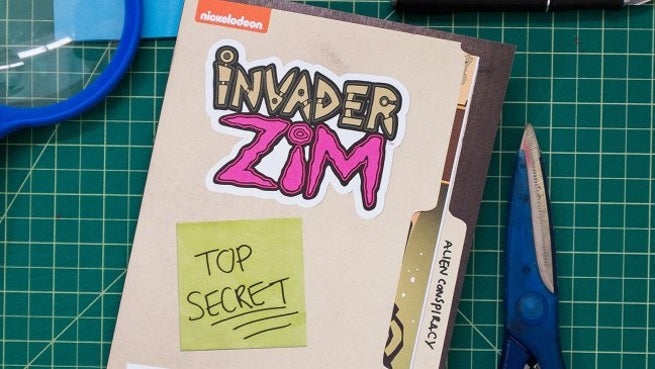 As a tease for the upcoming Invader Zim comic book, Oni Press will release TruthShrieker, a fictional “conspiracy-zine-style-comic” set in the cartoon’s world.

TruthShrieker will feature articles by Invader Zim’s Dib, as penned by creators Johnen Vasquez, Aaron Alexovich, Eric Truheart and others. Expose topics include “Is This Bee Haunted?” “Ms. Bitters Has Always Existed?” and “Where Is Invader Zim?”

Vasquez released a first look at the book’s cover via Twitter.

And they say honest journalism is dead. pic.twitter.com/yPf3kxHSCt

TruthShrieker will debut at Denver Comic Con before being made available through Oni’s online store. Copies will also be available at San Diego Comic Con.

Invader Zim #1 will be released in stores and digitally on July 1.