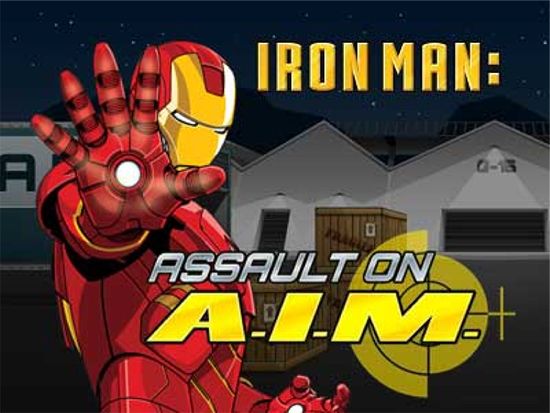 And the villains just keep on coming for Iron Man 3. Comicbook.com brought you some photos earlier today from the set of Iron Man 3 in Cary, North Carolina. Iron Man 3 was shooting at the headquarters of Epic Games, and we had speculated that the buildings could serve as the headquarters for one of Stark Industries competitors.

Even though some claim to have spotted someone that looked like Robert Downey Jr., word around the location was that Robert Downey Jr. was not going to be there, because the buildings were being used as the setting for a rival company. It turns out that the Epic Games buildings are actually serving as the headquarters for A.I.M. While the large sign outside of Epic Games was covered by a white sheet for most of the day, an image of the sign uncovered revealing A.I.M. has made it's way to Tumblr.

A.I.M. stands Advanced Idea Mechanics, which is an organization of scientists attempting to overthrow the government by technological means. A.I.M. was responsible for creating M.O.D.O.K. (Mental Organism Designed Only for Killing). There was no indication or rumors that M.O.D.O.K. would be part of Iron Man 3, but considering all the villains already involved, it probably wouldn’t be a big surprise at this point if he showed up.