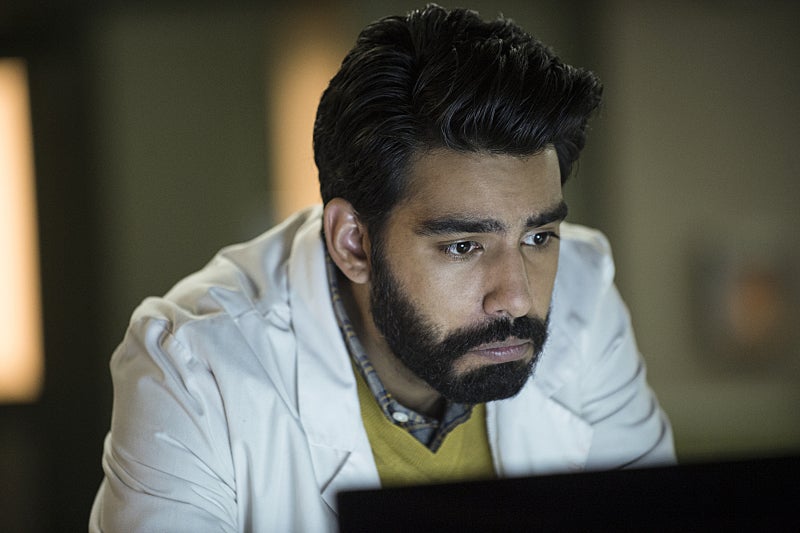 In spite of having a character with no basis in the comics on which the show is based, iZombie star Rahul Kohli has become a fast favorite for viewers.

Playing Dr. Ravi Chakrabarti, Kohli provides a lot of the comedy in the series, which blends drama, mystery, horror and comedy to create a unique show that feels a lot like the comics on which it's based, even though almost nothing is adapted directly.

Ravi, a medical examiner and former CDC doctor, is the sole supporting character who knows the main character's secret: that she's a high-functioning zombie.

Kohli joined ComicBook.com to talk about the character, his future and the relationship between the comics and the TV series. 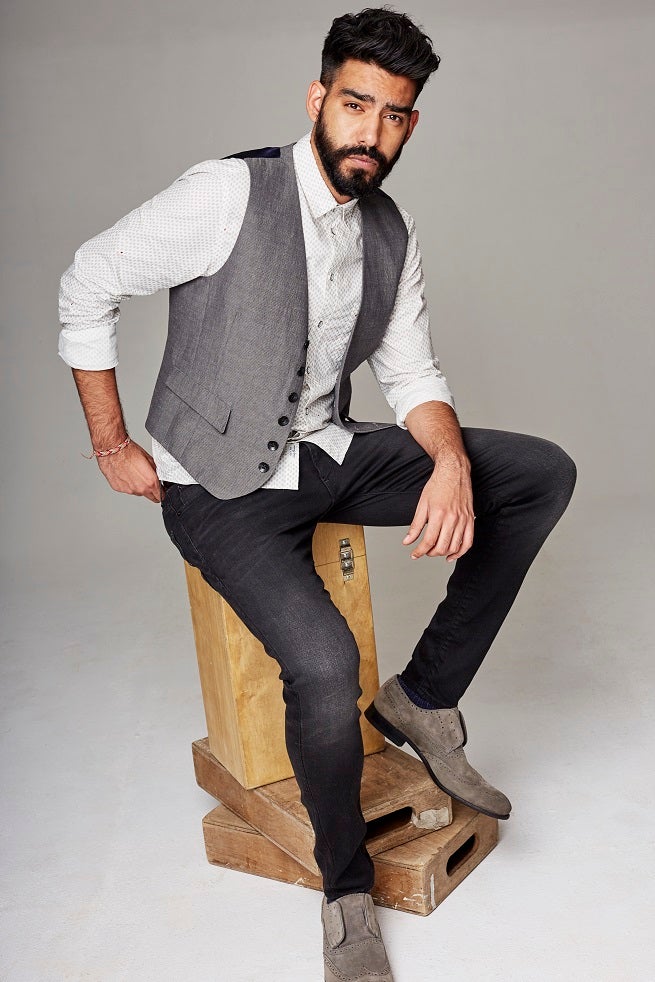 How important was it to get the tone just right? You're carrying a lot of the humor.

It was happy; I've always used humor as a self-defense mechanism and that being my first job really and being flown over from London, stuff like that, I was in a bit of a defensive mode. I've never done a pilot before. So knowing that the character had a sense of humor and doing a lot of comedic work, that was great for me because I was comfortable in that arena. It was more settling my nerves but at the same time Ravi's morphed quite a bit from where he was. If I remember correctly, he wasn't supposed to be that heavy of a comedic relief. That was something that morphed over time and as I got more and more scripts, they found a voice for him and it just became funnier and funnier. And now they've obviously moved him.

I mean, Robert Buckley has some of the best comedic timing I've ever seen or had the pleasure to work with, and now those two have been thrown into the mix together as well. It's something that was constantly evolving.

You get to play a wide variety of emotion in any given episode. Do you look for an overall arc to your character in each script or is that something that just evolves as it goes? 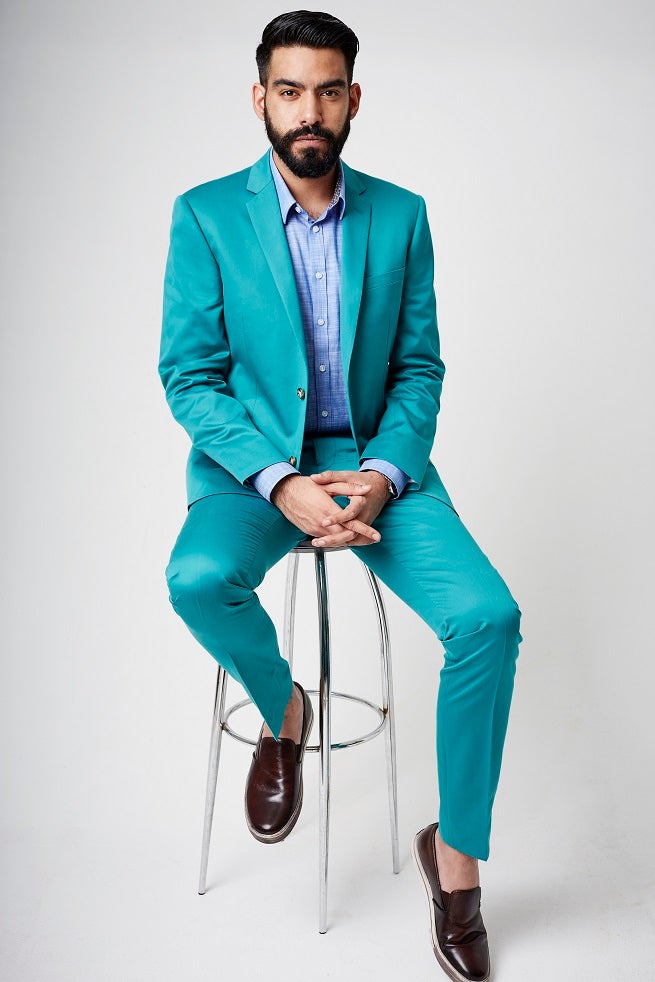 It does develop. I've always felt like, with that character, it was always a choice and you can play the same scene two completely different ways. A lot of the lines that he delivers tend to be medical, and there'll be a lot of exposition as well because of the nature of the beast. If you want to make it funny, it can be done. You can make medicalspeak funny; it's all about the delivery. But at the same time, if you want to be seriously, you just rein that back.

The thing is, it's crucial that we have those moments of intimacy where the tone does become a little darker because I think Ravi's one of those characters where if you have too much of him, he could become slightly boring for the audience member.

I think what makes him interesting is because he's used quite sparingly and he doesn't outstay his welcome – and then there are moments where you think you're going to get a comedic moment and then you don't; you get a heart-to-heart.

As long as we keep that balance, I think the character will always be looked upon a bit more favorably.

That said, it seems like it would be easy to build some story around Ravi, considering his backstory. How much have you talked to the writers about that? 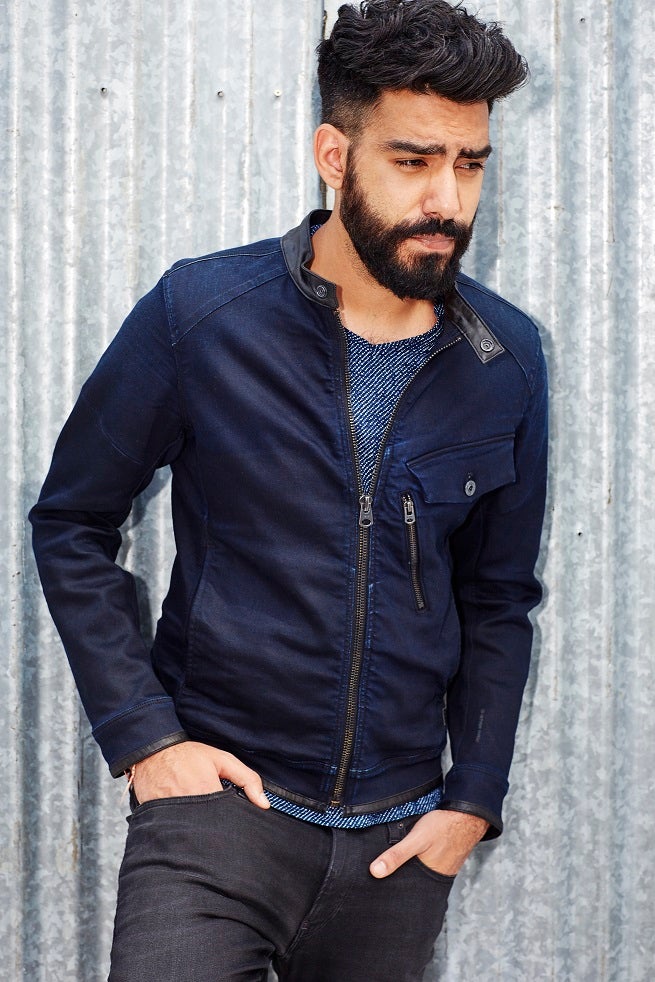 No! No, we've never really spoken about backstory, and I'm okay with that. I think I said at an interview at WonderCon, my feeling is when it comes to characters, the more you learn about their backstory, sometimes it almost harms the character.

When you look at Darth Vader, for instance: when he walks in at the beginning of A New Hope, you just accept that character for what he is. There's no backstory for that character. There he is, right in front of you: he's a fully formed character. And you create your own backstory and wonder what happened to take this character to where he is.

The moment you discover that he was a podracer at nine years old and living on Tatooine, it loses its magic. The same goes for The Joker. The more you learn about his backstory, the weaker it makes the character.

So if people enjoy the character and it's serving the story well, I am happy for people to have their own opinions about where Ravi comes from and what happened here and what he did here. It's not something I'm particularly pushing for. I'm more than happy to have my character just...be...rather than fully explain and do an origin story in one of the episodes.

So, what have we got lined up for tonight's episode? Most of the promotion has hinged on Liv, so we don't really know where Ravi is.

What's Ravi up to? This week, I'm not sure. And I say that genuinely because it's really hard to remember where I am in script and each episode each week is kind of a refresher for me. But in terms of the next few episodes, the cure I would say is something that starts taking more center stage for Ravi. He begins to make some progress and have a better understanding of it.

And I might as well hint at this, why not? It's an exclusive! There is some romance down the road for Ravi somewhere, so that's something that the fans can look forward to.

Check back for more from Rahul Kohli tomorrow, talking about the relationship between the comics and their TV adaptation.

Photo at top courtesy The CW. Other photos by Wes Klain.