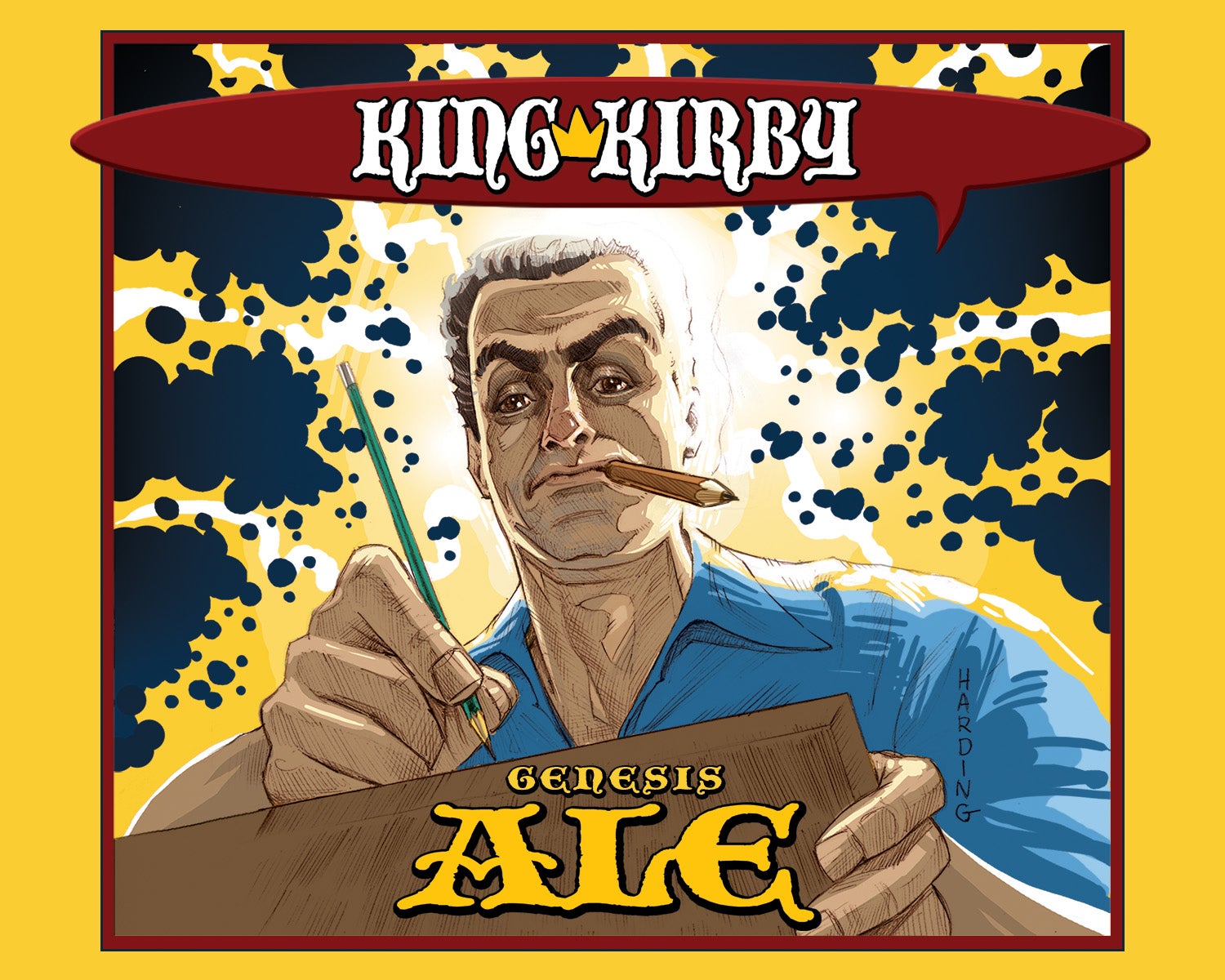 What more could a the creator of the Fantastic Four, the New Gods, The Hulk and so many more want? Well, the Hero Initiative has the King covered.

Jillian Kirby, Jack's granddaughter, has spearheaded the "Kirby4Heroes" campaign, which celebrates the King's birthday all across the globe with a variety of great events that benefit Hero! Events include:

• ON TWITTER AND INSTAGRAM: Hero has recruited over 40 artists to get up on the morning of August 28, 2014 to simply "Wake Up and Draw." Search the hashtag:#WakeUpAndDraw to see all the great drawings as they happen live! All drawings will be featured in a special gallery at ComicArtFans.com, and fans can bid on them in aneBay auction at a later date!

• MORE TWITTER: Because he is 17 shades of both wonderful and crazy, artist Phil Hester will do 97 drawings for Jack Kirby's 97th birthday! Follow @PhilHester on Twitter to see the divine madness and for information on how YOU can buy the drawings!

• BALLSTON SPA, NY: The jam piece continues at Excellent Adventures on Saturday, August 30 as the store donates a portion of its sales for the day to Hero!

• MANILA, PHILIPPINES: Multiple artists will be appearing at the Comic Odyssey Fort branch from Aug. 28-30 along with a three-day sale and a portion of proceeds donated to Hero Initiative!

Jack Kirby Turns 97 Tomorrow, and Hero Initiative Has a Ton of Plans