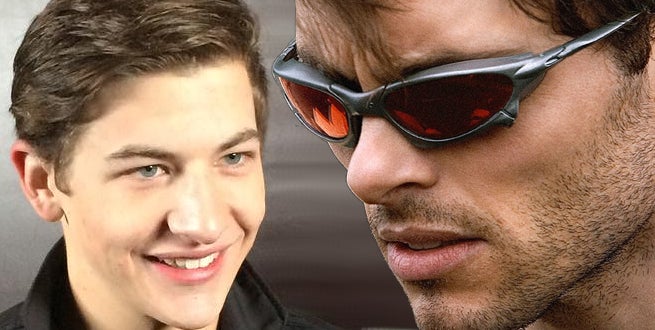 The other day, director Bryan Singer caught the world off guard when he suddenly announced the three young actors that will play Storm (Alexandra Shipp), Jean Grey (Sophie Turner) and Cyclops (Tye Sheridan) in his upcoming film X-Men: Apocalypse.

If you're familiar with Sheridan's work, there is a good shot you saw him in Jeff Nichols' 2012 film Mud. Sheridan was very impressive as Ellis in the Southern drama. He held his own against acting pros Matthew McConaughey ("Interstellar") and Reese Witherspoon ("Wild").

James Marsden, who played Cyclops (Scott Summers) in four X-Men films, was also blown away by Sheridan's Mud performance and thinks Sheridan is a perfect choice to play Cyclops. "I think he is a wonderfully talented actor, who blew me away in Mud," Marsden told Hit Fix at the Sundance film festival. "That movie, I've never seen a kid that young be that present and that powerful. So, I think he is a perfect fit. I congratulate him."

The Hollywood Reporter spoke with Sheridan yesterday who only briefly mentioned that he "loved the last movie." He was referring to X-Men: Days Of Future Past. I'm sure we'll hear more from over the next few days.