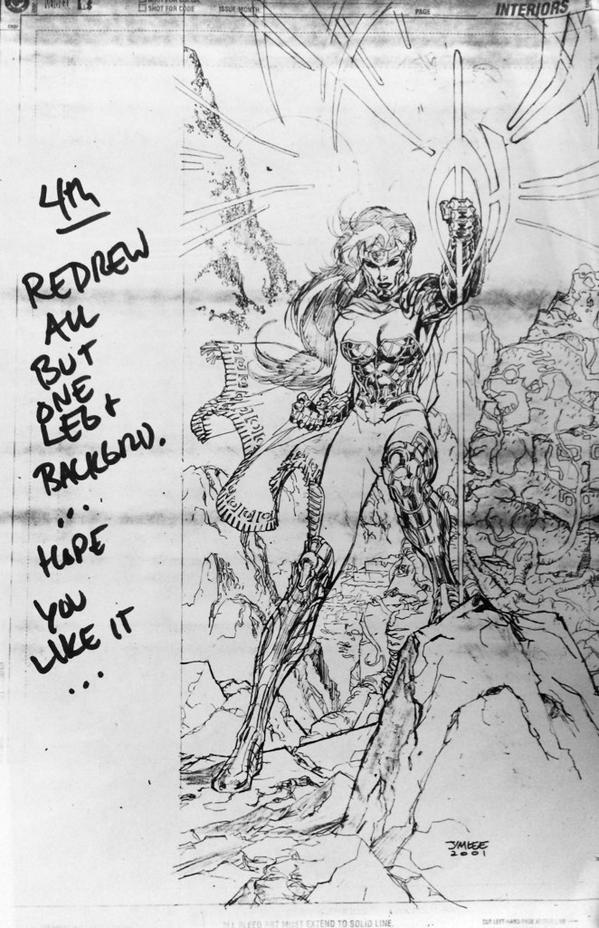 This may have circulated at some point in the more than a decade since the Just Image Stan Lee Creating... line was published, but if it has, it doesn't show up on a Google Image search.

Yrs later I got to work w/@TheRealStanLee on his reimagining of WonderWoman-here is the unpublished cvr I redrew pic.twitter.com/jAzYFTsKuw 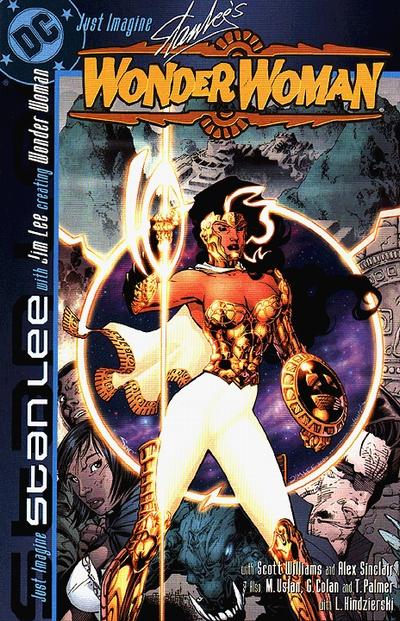 You can see the final version of the cover at right.

The Just Imagine comics gave Stan Lee and a group of all-star artists a chance in 2001 to reimagine the DC Universe as though Lee had created them. The idea was that nothing would have to remain the same except the character names, and that Lee could use as much or as little of the existing mythology as he pleased for a series of Elseworlds one-shots.

It felt a bit like the Tangent Comics one-shots that came out a few years earlier, in 1997 and 1998, when DC allowed Booster Gold creator Dan Jurgens to do much the same thing, publishing a line of one-shots that would allow Jurgens a chance to reimagine the DC Universe and a group of writers and artists to have some fun with it.

That universe would later pop back up in Tangent: Superman's Reign, a 12-issue maxiseries by Jurgens with art by Carlos Magno that was published in 2008, ten years after the original run. Some Tangent Universe characters have appeared in the mainstream DC Comics since, although sparsely and not since the New 52 relaunch.

The Just Imagine characters would not pop back up again, although it wouldn't be entirely out of character for Grant Morrison to revisit them, or at least give them cameos, in the currently-ongoing The Multiversity miniseries.