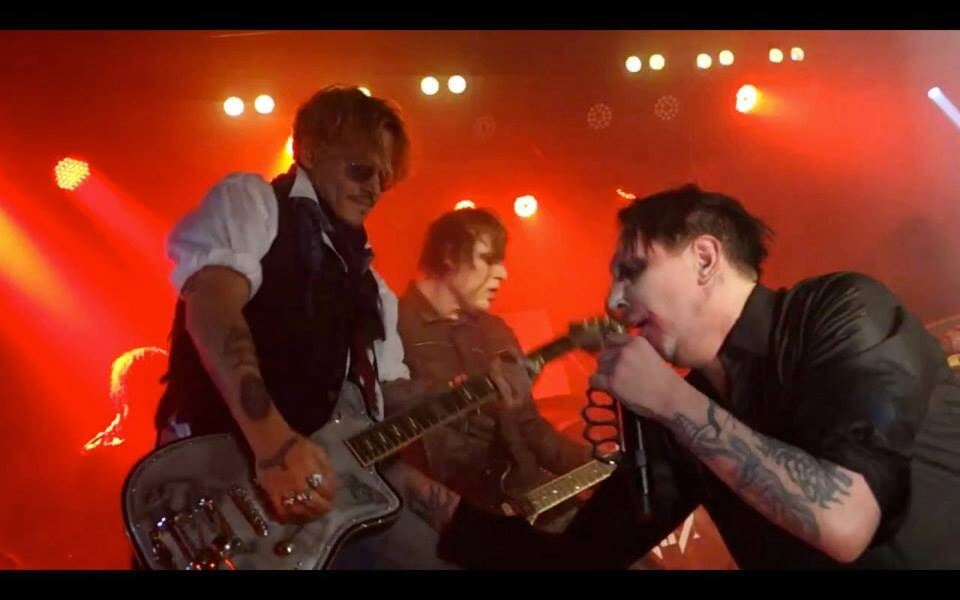 Music fans know that rocker Marilyn Manson is full of surprises and his Halloween show at the Roxy Friday night in Los Angeles proved to be no exception.

Manson was joined on stage by none other than Johnny Depp who played guitar on Manson's hit, The Beautiful People, Variety reports.

Die Antwood's Ninja also rocked out with the duo.

This isn't the first time Manson and Depp have teamed up. In 2012, the performed a cover of Eurythmics' Sweet Dreams at the Revolver Golden Gods Awards.

Manson isn't the only musician the Pirate of the Caribbean star has rocked out with. Depp has played guitar for the likes of Aerosmith, Willie Nelson, and Butch Walker.

Manson is slated to release a new album later this year and has a recurring role on the final season of Sons of Anarchy.

Diablo Immortal Should Satisfyingly Bridge the Gap to Diablo 4

The Legend of Zelda: Breath of the Wild 2 Update Shared by Nintendo Insider