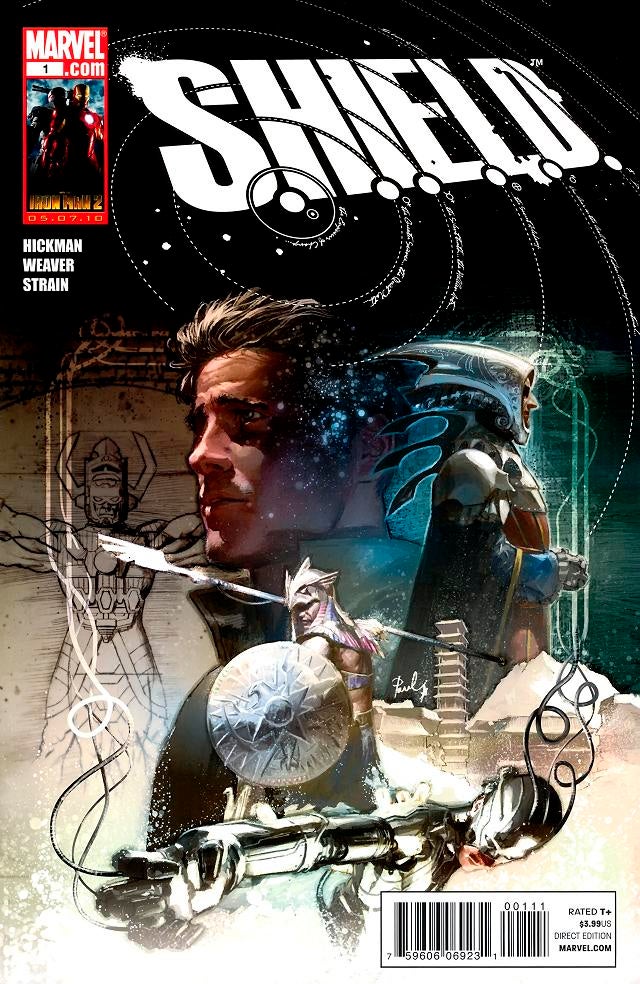 S.H.I.E.L.D., a Marvel comics miniseries chronicling the organization's origins back to the time of Leonardo da Vinci, Issac Newton, and Michelangelo only produced four issues before it went on hiatus a few years ago. As both Hickman and Weaver became involved with other Marvel projects like Avengers and Infinity, the story's remaining two issues were put in doubt.

Weaver revealed on his blog in January that he had completed issue #5, and wanted to do the same with issue #6. Showing an email conversation between he, Hickman, and editor Nick Lowe, Weaver eventually confirmed that Hickman had begun scripting issue #6. Between then and now, no other information had been released on S.H.I.E.L.D.'s progress.

Now that the remaining two issues are complete, or at least near-complete, Marvel will likely find a spot for them in their 2015 publishing schedule.