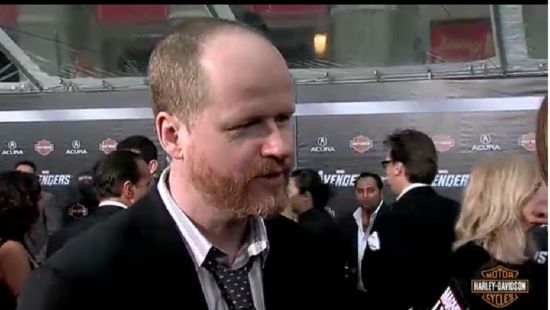 With Joss Whedon responsible for the biggest blockbuster movie ever at Disney, many fans might suspect that Marvel Studios would have him wrapped up indefinitely. However, in an interview with Screenrant, Marvel Studios President of Production Kevin Feige revealed that a deal has not yet been signed with Whedon for Avengers 3.

Feige said, "It’s still being determined. All of his efforts right now are in what he’s doing for us primarily, obviously, writing and prepping Age of Ultron but also in reading the drafts of the films in phase 2, watching early cuts and a) to inform him where the characters are going to end up in the beginning of Age of Ultron and also to get his input and his wisdom into all of these. But right now it’s all about leading up to Age of Ultron."

While Feige's comments might sound surprising, they are really just a confirmation of Disney's original announcement about their deal with Joss Whedon. Whedon's exclusive deal with Marvel Studios only runs through June 2015, which means a new contract will have to be negotiated for Avengers 3. It's probably a smart decision for both Marvel Studios and Whedon. If Avengers 2 winds up being a disappointment like Iron Man 2 was, it leaves the door open for Marvel Studios to bring in a new director for Avengers 3. And if Avenger 2 winds up being the huge hit that most are expecting, then it leaves open the door for Whedon to ask for a bigger paycheck.

Joss Whedon Not Yet Signed For Avengers 3