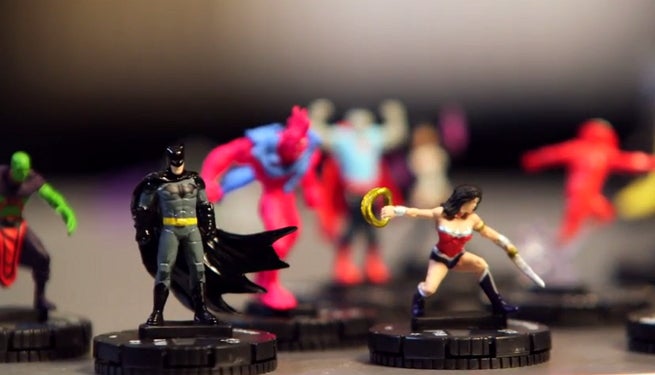 Get a look at some of the figure sculpts in the video below:

It's a new year, and Tiffany's searching for a few good heroes -- the rarer the better! Yes, we're talking about HeroClix, and in this exclusive new DC All Access clip, our intrepid host unboxes ten collectible booster packs from the upcoming DC HeroClix: Justice League Trinity War set. With 26 heroes and villains who are brand new to HeroClix, she's bound to unbox a few surprises, but will she find HeroClix's very first ultra-chase figure, White Rabbit?

Be sure to subscribe for all the latest news, laughs and announcements from DC All Access. New full-length episodes return in 2015!