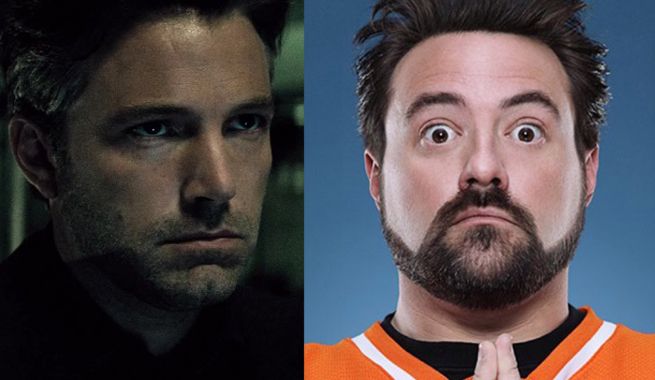 For the upcoming Mallrats sequel, Kevin Smith has already signed on fifteen of the original eighteen actors that he wants to bring back. During an appearance at Zanies Comedy Club in Nashville, Tennessee as part of the Wild West Comedy Festival, Smith addressed the status of recruiting Ben “Batman” Affleck to return.

“I have not reached out to him yet,” said Smith. “I am waiting until we have everybody. There’s two more people I want to collect, and that way I have everybody, and I can be like, ‘Come, on dude, even Gil Hicks is back.’”

Smith explained that Affleck is making a bunch of movies now, and he hasn’t seen him in two years.

Smith said, “The good news is that we can do it without him if we have to. The even better news is the piece he would play is not like I would need him for a week, he’s in and out. It would be quick.”

Smith also explained that even though most of the movie is being filmed near Philadelphia that there are two days of mall shooting in Los Angeles.

Smith added, “The storyline allows for a cast of hundreds, including anybody I’ve ever met in genre.”

Smith joked, “We’ll see whether twenty years of history means anything or it’s like, ‘Sorry, I’ve got Gotham City to protect now.’”