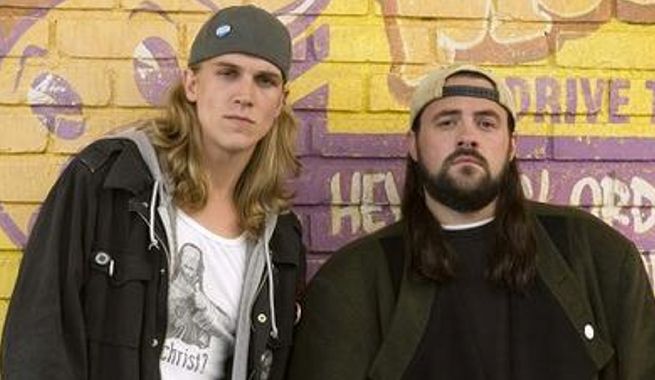 It's one of the great mysteries of our world. Why doesn't Silent Bob speak? At Zanies Comedy Club during the recent Wild West Comedy Festival, a number of audience members offered their theories to Kevin Smith on why Silent Bob is silent.

However, none of the theories panned out, as Smith revealed the real answer to the mystery was rather simple.

"Really why Silent Bob is silent was because Jayson [Mewes] talks a lot. It was that simple," said Smith. "I wanted to get Jayson in a movie, but I didn't want him to stand there by himself just talking or talking to a random passerby."

Smith added, "So I was like we could have a buddy that stands there, who's essentially his sounding board, who he just talks at all the time."