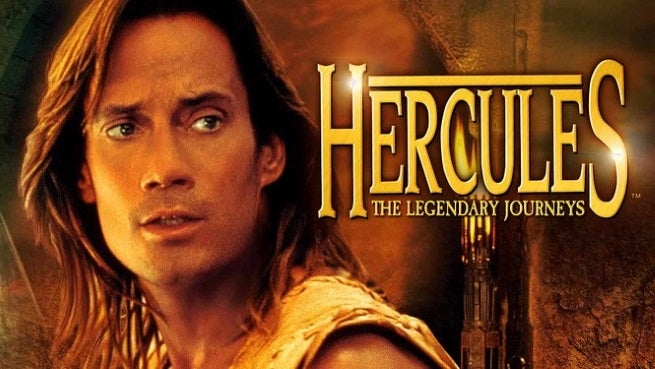 While Dwayne “The Rock” Johnson is taking on the role of the mythical Greek demigod Hercules in his new film, Kevin Sorbo remains the definitive Hercules for an entire generation of television viewers who grew up on Hercules: The Legendary Journeys. Dish Nation caught up with Sorbo at a red carpet premiere and asked him how he felt about Johnson’s new film, which is directed by Brett Ratner. Turns out, he’s a little upset about it.

“We were sort of taken aback that they didn’t let me in that movie,” Sorbo said. “(Hercules) was the most watched show in the world in the 90s passing Baywatch. To not put me in a cameo…is taking the business out of show business. We approached the director – I don’t know what his reasons are – I don’t know if it’s political or ego or what it is? But to not put me in just for a stupid cameo!? The audience would have loved it”

Considering the light tone the film seems to have, judging from the trailers, it’s hard to see why Ratner didn’t allow Sorbo to have his cameo. It’s possible that he, or the studio, felt it would be too much of an in-joke or hurt the integrity of the film, but that seems to be taking yourself too seriously when you’re talking about an action movie starring The Rock. It would be like Marvel denying Lou Ferrigno a cameo in a Hulk movie.