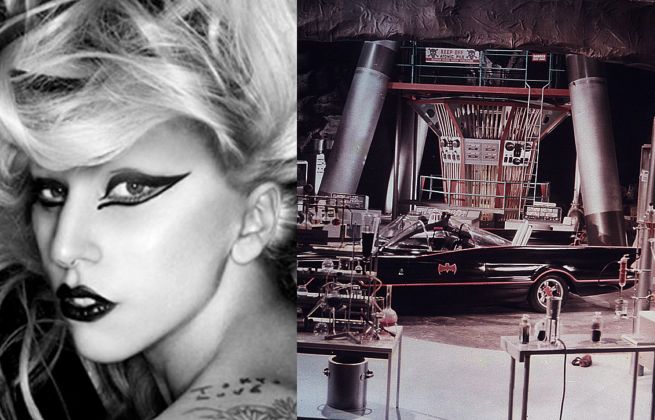 Take out the Jason Todd shrine, and replace it with the meat dress.

The New York Daily News reports that Lady Gaga just purchased her very own Batcave, as part of a $24 million Malibu mansion. The cave, while not equipped with a state-of-the-art crime lab and a computer screen the size of a tennis court, does have arcade games and a bowling alley.

Batman does hold some history in the underground bunker's four walls, however. Dave Romanelli, the mansion's original owner and desinger, is the founder of Warner Bros.'s consumer products division. and helped spearhead Batman's massive licensing campaign in 1989.

Gaga will reportedly move into the new mansion with her boyfriend, Zero-Dark Thirty actor Taylor Kinney. While it's definitely a snazzy space, it doesn't exactly scream "Dark Knight. Hopefully, the pair will add a little more black to the space.

Lady Gaga Just Bought A House With A Batcave