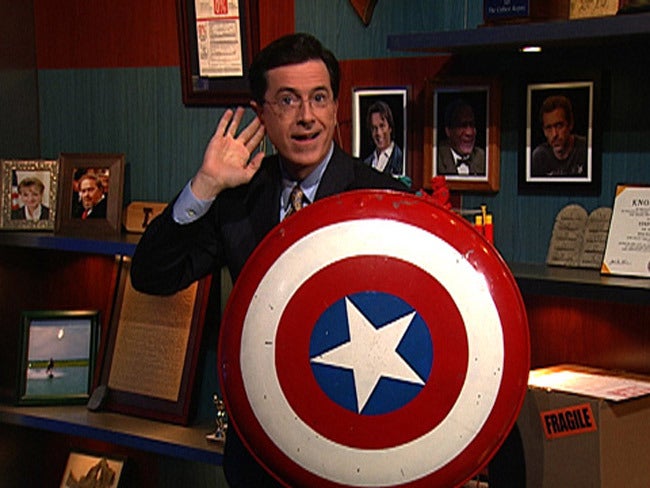 "The production office is open, the premiere date is set, and we're incredibly excited to welcome the creative and comedic genius of Stephen Colbert to CBS late night this fall," said Nina Tassler, Chairman, CBS Entertainment.

Colbert was named David Letterman's successor back in April. Colbert ended his late night satirical show, The Colbert Report, last month. Prior to that, the comedian spent eight years as a correspondent on Comedy Central's The Daily Show as an on-air personality and writer of news satire for the Emmy and Peabody Award-winning series.

"I have nine months to make a show, just like a baby. So first, I should find out how you make a baby," he joked.

Letterman announced his intention to retire on his April 3, 2014 broadcast. The host of the CBS series for 21 years, Letterman will host his final broadcast on Wednesday, May 20, 2015.

Late Show With Stephen Colbert Will Premiere In September On CBS