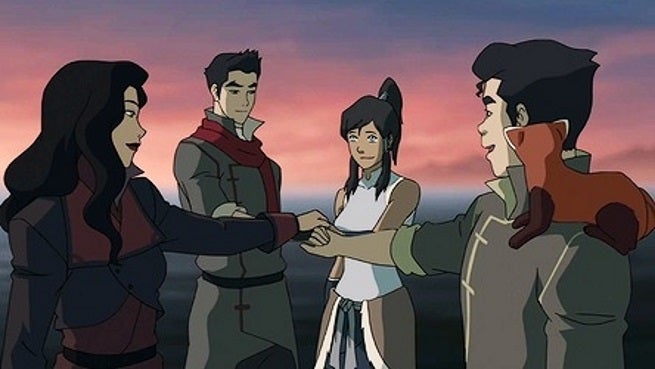 The series finale of The Legend of Korra was released earlier today, and a petition for more stories set in the world of Korra and its predecessor, Avatar: The Last Airbender, has surpassed 5,000 signees on Change.org.

Arguably, Avatar the Last Airbender and The Legend of Korra has been the most successful animation franchise in America. Millions, including myself, have grown up watching such delicately crafted stories that have not only provided us with something to look forward to each week, but have also taught us some of the most valuable lessons of life. Whether it'd be Uncle Iroh's tea sipping philosophies or Team Avatar's unbreakable bonds, the morals and emotions evoked by the unmatched story telling abilities of the creators, Michael and Bryan, have greatly influenced the thinkings and moral standards of an entire generation.

The Micahel and Bryan referenced would be creators Michael DiMartino and Bryan Konietzko.

The critically adored series has amassed a sizable following, but the things that make it stand out from the animated pack – it's longform storytelling, challenging narrative choices, and sometimes subversive message – seem to have also made it a tough sell for Nickelodeon, who chose to release the final season and a half in streaming format only. With that in mind, it's hard to see them greenlighting a third series set in the world.

That said, there are still Avatar stories being told in comic book form, published by Dark Horse Comics. The stories so far have featured the original characters from The Last Airbender, and have been filling in their adventures between the events of The Last Airbender and The Legend of Korra. While there are no plans currently announced, now that Korra has finished its televised run, there's always the possibility that Dark Horse could choose to release comics based on it as well.

The two part series finale of The Legend of Korra is available to stream now at Nick.com.