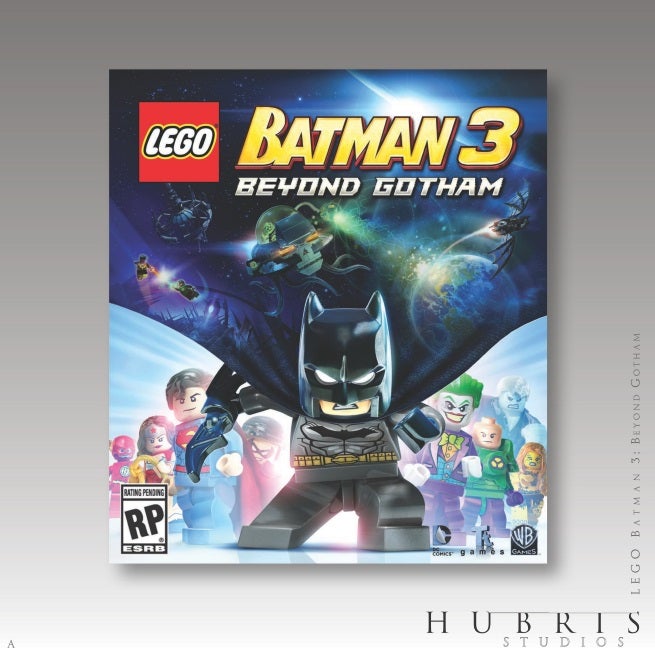 WB Games has released a new piece of key art for the upcoming video game LEGO Batman 3: Beyond Gotham, what looks to be the games' cover art.

WB has also announced that the game will hit store shelves on November 11.

In LEGO Batman 3: Beyond Gotham, the Caped Crusader joins forces with the super heroes of the DC Comics universe and blasts off to outer space to stop the evil Brainiac from destroying Earth. Using the power of the Lantern Rings, Brainiac shrinks worlds to add to his twisted collection of miniature cities from across the universe. Now the greatest super heroes and the most cunning villains must unite and journey to different Lantern Worlds to collect the Lantern Rings and stop Brainiac before it's too late.

If you'd like to know more about how the game plays, be sure to check out our hand-on preview from the floor of Comic-Con International: San Diego.