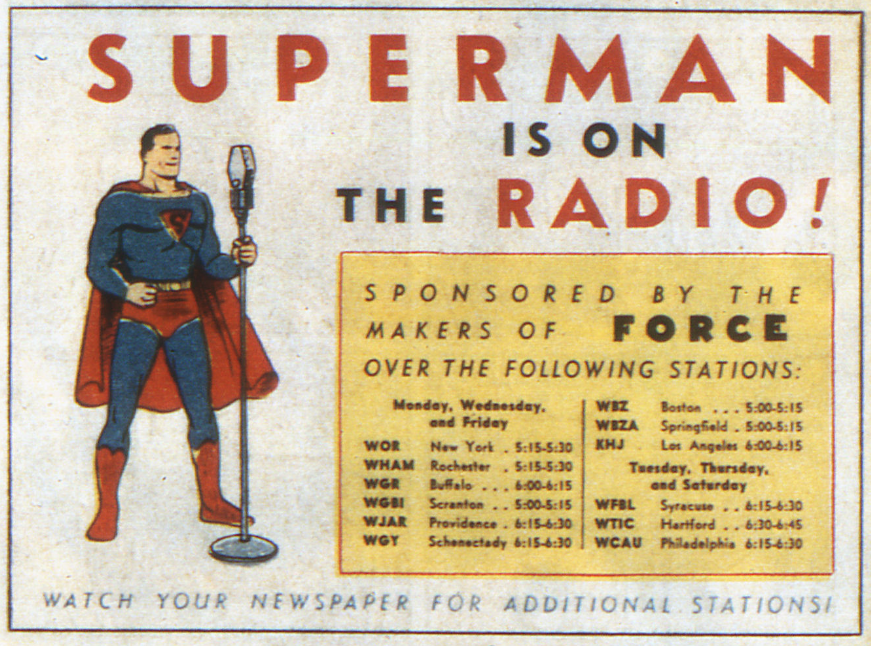 75 years ago today, Superman made his first leap into a new medium with a single bound.

The famous Adventures of Superman radio show, which introduced several assets to the Superman franchise, made its its debut on this day in 1940. Airing almost two years after Big Blue’s debut in the pages of Action Comics #1, the radio program was responsible for numerous staples in the Superman lore. Chief among them, the now-iconic introduction “It’s a Bird! It’s a Plane! No, it’s Superman!” and the introduction of Superman’s home planet, Krypton.

During the radio show’s debut, Superman’s popularity was sky-high. On top of the new radio program, which ran thrice-weekly, Superman also enjoyed comic adventures in Action Comics and Superman Quarterly, loads of newspaper strips, and a devoted Superman fan club with more than 100,000 members, according to TIME Magazine. The radio program became a key part of the Superman franchise, airing consistently all the way through 1951. By the time the show ended, it had amassed a colossal 2068 episodes.

You can listen to the program’s premiere episode here. Surprisingly, neither Superman or Clark Kent are present for it. Instead, the debut installment focuses on Superman’s home-world Krypton, and its fate as a doomed planet.

Listen To Superman's First Radio Serial From 75 Years Ago