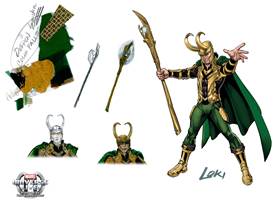 Loki might not be set to appear in Avengers: Age of Ultron but while his big-screen future is somewhat up in the air, the trickster god will appear in a live, traveling stage show, Feld Entertainment confirmed today.

Loki will be part of the big Marvel Universe LIVE! event, fighting against the Avengers, Spider-Man and more alongside other Marvel Universe villains like  the Red Skull, Dr. Aldrich Killian, AIM and the Chitauri Warriors.

Marvel Universe LIVE! will bring Marvel’s most iconic heroes and fearsome villains to life like never before during a live-action arena spectacular that will tour 85 North American cities in its first two years.  In association with Feld Entertainment, it will redefine the live show experience by integrating a Marvel character driven story with state-of-the-art special effects, pyrotechnics, aerial stunts, martial arts and countless other show elements.

You can see some of the concept art above and more at the official site for the event. 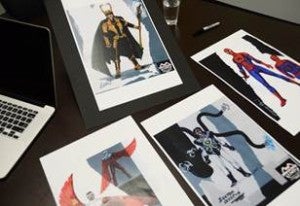