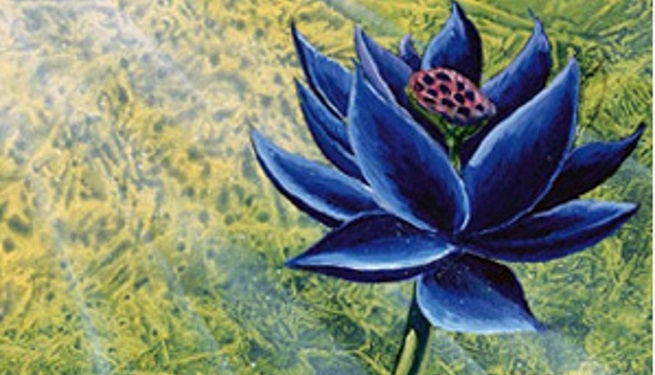 A Black Lotus card from the Beta set of Magic: The Gathering being sold by Pristine Comics in Washington for $100,000 (via ICv2). Pristine Comics’ parent company, West Coast Sports Cards, was also responsible for selling an issue of Action Comics #1 for $3.2 million in August.

For those of you who aren’t familiar with Magic: The Gathering, the Black Lotus is something a holy grail for collectors. It was only printed (for legal, tournament play) in Magic’s earliest set, and was a rare card among them. That, combined with the fact that they are extremely good cards in basically any deck you want to build, made them extremely hard to obtain even when they were in print. Years later, their scarcity has only increased.

This particular Black Lotus is the only one in existence to be given a 10 rating from Beckett Grading Service, a card grading service similar to what Certified Guarantee Company (CGC) is for comic books.

This is the second Black Lotus card to grabs some attention recently. An even rarer Black Lotus card from Magic’s Alpha set was discovered by a collector opening an Alpha starter set on YouTube.

You can see the video below. He discovers the black lotus last, right around the eight minute mark.

The video of his astonished reaction has gathered over 2.4 million views on YouTube. That card, though more rare than the Beta Black Lotus, it will likely not sell for nearly the asking price of Beta Lotus, due to it not being in as good of a condition.