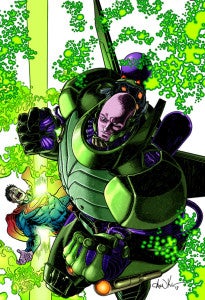 Earlier today, we broke down the various different versions of Lex Luthor that we've seen over the years in comics, and how they might be applied in Man of Steel's presumptive sequel.

We also promised, at the time, that we'd take a look at who we thought might portray each version of the character if that turned out to be the one that the studio went ahead with. 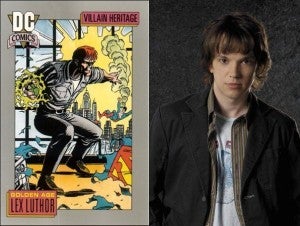 Bones's Zack Addy is a perfect fit for "mad scientist Lex," not least of all because he's got a bit of mad scientist in him anyway (remember the experiments that he and Hodgins used to do?)--and his cold, detached approach to logic over emotion is something that could easily be integrated into a version of Lex Luthor who simply sees Superman as a threat to humanity that has to be ended. One who believes himself to be the good guy.

And while Millegan, who does a lot of stage work, hasn't got a huge film resume, his turn as the "Hannibal Lecter" version of his beloved character resonated with a lot of fans who wanted to see more of it. While the showrunners appear to have moved on from that, that isn't to say we wouldn't get a charge out of seeing him tackle a similarly layered and deranged character in Man of Steel 2.

"I welcomed that challenge," Millegan told us of his beloved character's swing to the Dark Side. "One of my favorite episodes to shoot was the episode in which you find out that I’m the Apprentice, because it was very emotional, and very challenging, and I liked the challenge."

Also, becuase let's be honest: Hamm is too old to play Superman or almost any other hero in a world where Henry Cavill is Superman. But there's a huge number of fans who would love to see him join the DC Universe. And, because of his long history and complex motives, Lex Luthor is a plum role.

This one's the hardest to cast, not least of all because frankly it's a body type and look that Hollywood doesn't tend to embrace. And if they do, it tends to go extreme, like Danny DeVito or something, and that's not what you want for Lex, either.

Ultimately I decided to go with somebody who exuded the same general "feel" as Man of Steel's Lex--a man past his prime, and a capable of communicating a little bit of desperation to get that feeling of omnipotence back--than to get somebody who exactly got the look.

He can bounce back and forth deftly between dark and dangerous, a little bit pathetic, and the kind of smarmy used-car salesman charm that was Lex's stock-in-trade back in the late '80s and early '90s. Doubt it? Check out his appearances on Aaron Sorkin's SportsNight.

Of course, with that hair and those whiskers, he looks a bit like the next guy on the list... 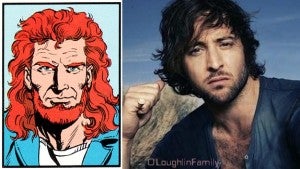 For an Australian-born Lex Luthor who's about Clark's age, making him one of Superman's contemporaries rather than an old man that the demigod is beating up on, we briefly considered Liam Hemsworth just for the symmetry with The Avengers, where his brother plays Thor. Quickly deciding that wasn't a good enough reason to cast something like this, we landed on Alex O'Laughlin of Hawaii Five-O fame, somebody who has just the right kind of charm-with-an-edge to be a believable billionaire-risk-taker-philanthropist-criminal mastermind.

Besides, not only would Brad Pitt be ridiculously expensive, but it's also a bit on-the-nose considering recent remarks by the writer. 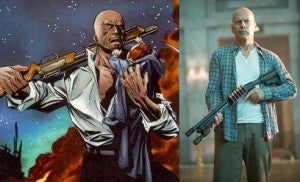 This one's the obvious choice, right? I mean, he's bald, he's buff, and he can be menacing as all get out. Plus, playing a villain is something that Willis doesn't get to do enough.

Ever see The Whole Nine Yards? He wasn't even a true villain, but he was intimidating, badass and hilarious all at once. Seeing that character transplanted into a more serious universe would be a blast.

Of course, the biggest reason, arguably, to cast him in this role is that the fans are frothing at the mouth for it. We've had a couple of Academy Award-winning actors as Lex on the big screen and neither of them quite "got" the character. Maybe it's time for somebody with Lex's "kick ass and take names" persona to come along and shake up audience expectations of the character.