More has been made of the last fifteen minutes or so of the recent Superman reboot Man of Steel than possibly the entire rest of the film combined, and not without good reason; the content genuinely confused and upset some fans who didn't expect it. 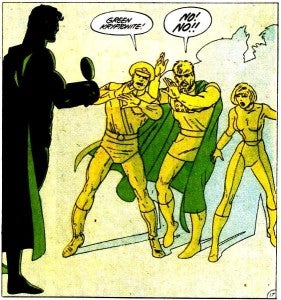 Speaking briefly with ComicBook.com at an event at San Diego Comic Con International, Man of Steel writer David S. Goyer said that while the filmmakers expected some resistance and reactions to "the twist," they felt that it was necessary to go their own way with the movie and do what they thought was best for the character and the film, since so many people were so married to the earlier Superman films that it would have been difficult to make a similar movie that would thrill the audience.

When it came to the decision to kill Zod, Goyer said, he was a little surprised that it was quite so controversial.

"Superman has killed Zod before," the writer said. "We didn't invent that."

He refers, of course, to the John Byrne era of the comics, when Superman killed Zod and two of his lackeys under dire circumstances--a move that kicked off the Exile in Space storyline.

Yesterday at the Post-Crisis Superman panel, the Man of Steel ending was a popular topic of conversation, with a fan telling the panelists that he was very uncomfortable with Byrne's handling of Superman killing the Kryptonian criminals, but that the way the aftermath was handled had sold him on the story and brought him back into the fold. This led to some speculation that perhaps Man of Steel should be judged by how effectively the issues are handled in the sequel.

"Our advantage was that we had another thirty comics we published that year," former Superman group editor Mike Carlin said in the panel, noting that they faced controversy when they did it, as well, but that fans could much more quickly and easily see that the events of the story had taken a toll on Superman and what that meant for the character and the comic going forward.

Man of Steel Writer on the Twist: We Didn't Invent That