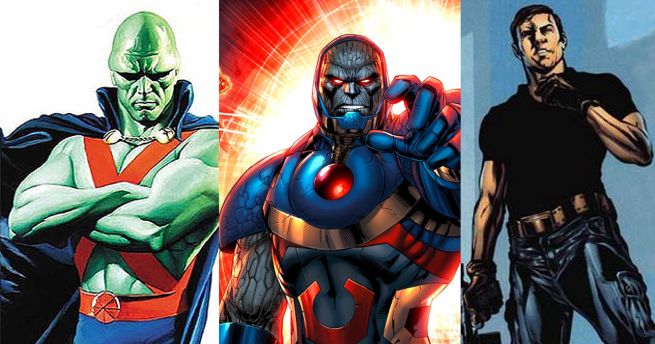 Today seems to be the day for DC Comics movie rumors. Earlier today, a report surfaced outlining Warner Bros. plans for seven movies based on DC Comics properties. Two of the movies (Batman V. Superman: Dawn of Justice and Justice League) were already known, but several of the others listed came as surprises.

No one knows for sure if the list is accurate or not, but it did come from Nikki Finke, who is known for breaking Hollywood scoops. The same can be said for this latest rumor. Jeff Sneider, a reporter for The Wrap, tweeted an agency grid, which lists Martian Manhunter and Max Lord as characters for Justice League. Sneider also noted that Darkseid was listed as the villain.

Of course, Martian Manhunter, Maxwell Lord, and Darkseid have all been previously rumored at different times for a Justice League movie, so it's possible that the agency grid was prepared off rumored information. However, with Comic Con just a little over a month away, fans will likely soon find out which of the DC Comics movie rumors are true and which are false.

No Martian Manhunter in JUSTICE LEAGUE? Not according to this agency grid, which lists DARKSEID as the villain... pic.twitter.com/lLwFwkXLkv