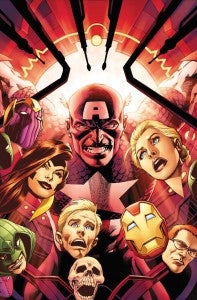 With only a month to go until Alan Davis's first issue as regular artist on Ed Brubaker's Captain America title, Marvel Comics made the cover and four, unlettered preview pages available to readers today.

Cut off one of its heads, and two more take its place! An all-new Hydra has risen and they have their sights set on the Sentinel of Liberty in your first look at Captain America #6! Critically acclaimed writer Ed Brubaker is joined by legendary artist Alan Davis for an important new chapter in the life of Steve Rogers. Throughout Fear Itself, Rogers has been harboring a dark secret and its one that may leave the leader of Earth’s Mightiest….powerless. Can Cap and his closest allies take on the revitalized Hydra and stop them before it’s too late? Find out in Captain America #6!

Click for larger versions of the first pages from the legendary artist of Captain Britain and JLA: The Nail, which appear to show Captain America reverting to his pre-Super-Soldier form as scrawny Steve Rogers. Retailers can still adjust orders for this title until Monday. 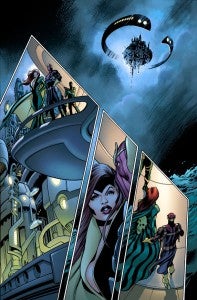 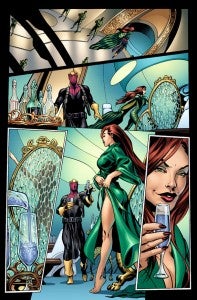 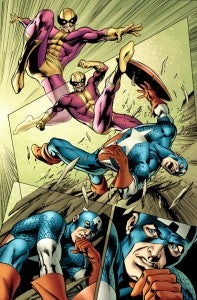 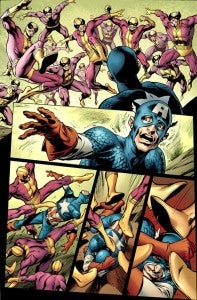