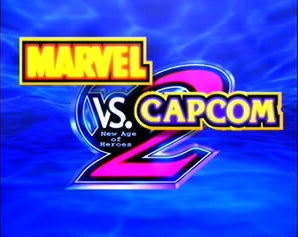 The eagerly-anticipated fighter game Marvel vs. Capcom 2 will be coming just a little bit later than expected. Though buildup has been growing more and more recently, Capcom sent out a message, via their Twitter page, saying that the end of July would be the likely release date for the game. The actual Tweet reads as follows: MvC2 is not actually coming out on June 29, sorry guys. Not sure where that rumor came from, but it's going to be closer to the end of July. The game, being re-released for Playstation 3, XBox360, and online multiplayer mode available in the summer of 2009, was announced just a few months ago. The game has been hyped mightily, and with several classic characters such as Wolverine, Magneto, M. Bison, and Akuma as playable characters, how could you not be excited for this bit of nostalgia! Good things come to those who wait!

Marvel vs. Capcom 2 Re-Release Will be Late July