On Sunday afternoon at D23 Expo, Marvel Studios and ABC Studios presented an early screening of Marvel's Agents of S.H.I.E.L.D. Jeph Loeb introduced the pilot to an eager crowd of Marvel fans. Even though the pilot was previously screened at Comic-Con, the D23 Expo crowd was still excited to see an early screening.

Set after the events of Marvel's The Avengers and Iron Man 3, Marvel's Agents of S.H.I.E.L.D. is about Phil Coulson returning to action and forming a team of agents to handle super-powered threats.

The pilot is about the formation of the team as they track down a new super powered human being who intends to help people but soon becomes a threat to others. The S.H.I.E.L.D. pilot felt like a natural progression of the Marvel Studios films. It is the television equivalent of Marvels, Gotham Central, or Damage Control: the Marvel Universe through the eyes of humans. The world has to deal with the fact they now live with gods, super-soldiers, and monsters. 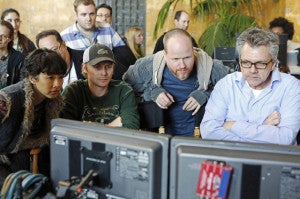 The tone very much feels like J.J. Abrams’ Alias with the charm of Joss Whedon’s superhero take: action-oriented, funny, and great character development. Even the premise leads the show into monsters-of-the-week set up. Clark Gregg steals the show, returning as Agent Phil Coulson. His return is immediately addressed though the pilot teases there maybe more to the story than Coulson tells us. Cobie Smulders reprises her role as Maria Hill in the pilot but there’s no indication she’ll be part of the regular cast.

The rest of the cast consists of pilot & weapons expert Agent Melinda May (Ming-Na Wen), black ops Agent Grant Ward (Brett Dalton), computer hacker Agent Skye (Chloe Bennet), weapon tech specialist Agent Leo Fitz (Iain De Caestecker), and scientist Agent Jemma Simmons (Elizabeth Henstridge). As far as I know, these are original characters for the show with no ties to the comics. Right off the bat, I love the interactions amongst these characters and can’t wait to see where the series takes them. 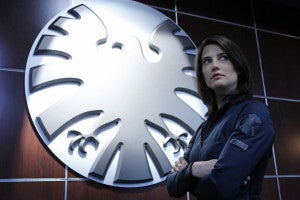 The show is new viewer-friendly enough to where I think an audience not familiar with the Marvel films would enjoy it. However, Marvel movie fans will be excited that it references every Marvel Cinematic Universe film so far. While we may not see the Avengers every week, they are mentioned by names or consequences of their actions from the movies. I hope they eventually include more of the Marvel mythology as a big fan of the comics.

Without giving away spoilers, comic book fans will be happy as there's a loving homage to a S.H.I.E.L.D. staple from comics.

I’m excited of this upcoming television season and seeing how Agents of S.H.I.E.L.D. ties into the Marvel films. During its first season run, we’ll see Thor: The Dark World and Captain America: The Winter Soldier in theaters with Guardians of the Galaxy after the season finale. It’ll be interesting to see how the television series and films bounce off each other. I suppose this is what the proposed Dark Tower movies and television could’ve been.

I highly recommend checking this show out!