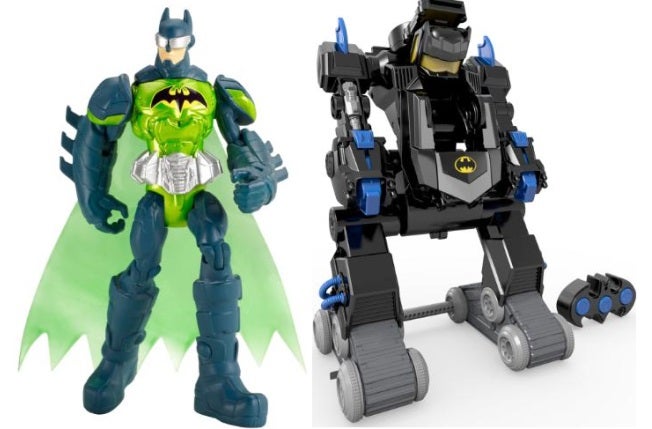 Yesterday, we reported that Mattel had signed an extended deal with Warner Bros. Consumer Products to continue producing toys based on DC Superhero properties, including the upcoming Batman v. Superman: Dawn of Justice and Justice League movies, as well as Arrow and The Flash televisions series.

The official press release has made clear that Mattel may also make toys based on other upcoming television series based on DC Comics properties: Constantine, iZombie and Gotham.

"In our fifteen years of collaboration with Warner Bros. Consumer Products, Mattel has been honored with bringing the stories and characters of the DC Comics universe to life in toy form," said Doug Wadleigh, Senior Vice President, Global Brands Marketing, Boys and Entertainment for Mattel. "Mattel's robust portfolio has helped extend DC Comics properties to new consumers utilizing the toy brands they know and trust. We are excited to continue our partnership, and look forward to supporting upcoming entertainment launches and franchise development."

"We look forward to continuing our strong relationship with Mattel and the Warner Bros. Consumer Products teams to collaborate on compelling product lines that support the many exciting DC Comics initiatives slated for the coming years including film, TV, games and comics," stated Diane Nelson, President of DC Entertainment.

Mattel Has Rights To Make Gotham, Constantine, And iZombie Toys