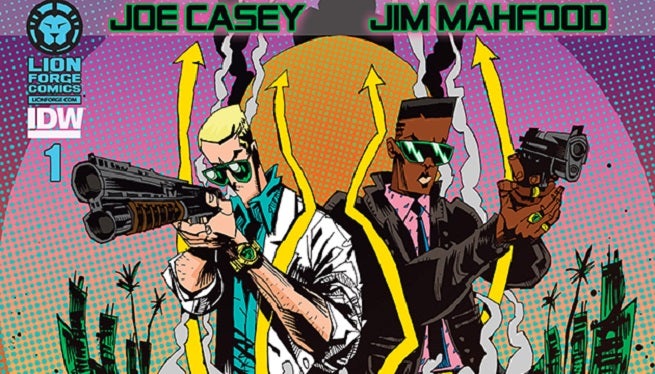 This week saw the release of Lion Forge's Miami Vice Remix, a reimagining of the classic TV property that was continued in a previous series from the publisher.

This time, it's a ground-up reinvention from fan-favorite creators Joe Casey and Jim Mahfood.

Casey and Mahfood joined ComicBook.com to discuss the series, the changes they've made, how Mahfood's trademark kinetic art style plays to the strengths of Miami Vice and more.

Miami Vice was a bit different from the other NBC properties at Lion Forge in that it was carrying on the continuity from the TV show under the previous regime. Was rebooting your call or the publisher's?

Joe Casey: I don't know if I'd call it a reboot. It's a remix, just like the title says. If you know the show, there's a lot that'll be familiar in the comic. If you don't, then it'll all seem fresh and new. Either way, it'll be a wild ride. 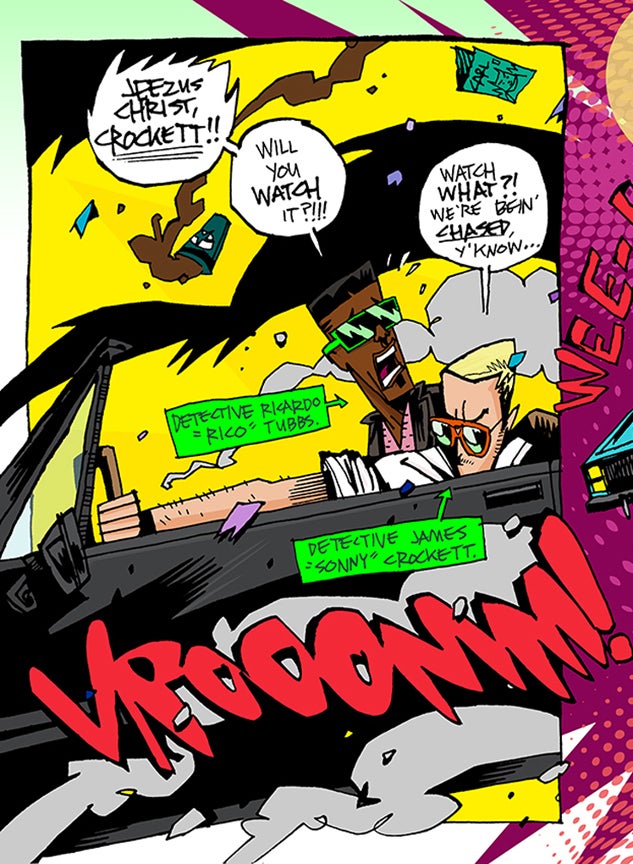 What do you think is the biggest thing you guys get out of going back to Square One?

Casey: Going "back to basics" is always a solid start when you're tackling an established IP. We're using what worked and basically ignoring the rest.

The art style is obviously wildly different – not just from the previous volume of Miami Vice but from a lot of what Lion Forge puts out. What makes Jim Mahfood the guy for this project?

Casey: Mahfood's a visionary comicbook artist. He's also a good friend. We've worked together in the past, in a variety of mediums. Mahfood actually recruited me for this series, but I think he knew our shared sensibilities would be perfect for MVR.

The visual feel of the TV series really helped to define it. What are you guys doing to update the look and feel of the series while still making it FEEL like Miami Vice?

Casey: That's more Mahfood's area. Just from the perspective of being a fan of Mahfood's art, I can see the DNA of the show and its setting... but filtered through Mahfood's artistic lens. Honestly, this the way I want to see Miami Vice -- an extreme, over-the-top version of the characters and that world.

Jim, you've got a very distinct look and feel to your art. Did you have any reservations about taking on a property that's so defined by its look and feel, that the two might clash?

Jim Mahfood: Not at all. It's an exciting challenge. Going into this Joe Casey and I knew we were going to make this book our own thing, set it in our own universe and not worry about the world of the 80's TV show. There are nods and references to things from the show but this is really it's own unique thing. Hence the word 'Remix' in the title of the book.

I think you first came to my attention on Clerks. Do you enjoy doing properties where your characters are based on real-life likenesses, or is that even a fair way to describe the title?

Mahfood: I don't view it as being based on real-life likenesses. With 'Clerks' my drawings were basically simplified, cartoony versions of the actors from the movie. With Miami Vice: Remix my version of Crockett & Tubbs has nothing to do with the actors who played them in the TV show. They're based on a different, alternate universe version of the two detectives. It's much more fun to draw that way…

When you take a gig with a hardcore cult following like this, is it more or less intimidating than doing a more mainstream book where the audience is probably bigger but less vocal?

Casey: Not really. I've done this kind of gig so many times, it's less intimidating and more freeing to feel like if we do something really unique with this concept, it'll stand out based on its own merits. First of all, there hasn't been many comicbook versions of Crockett and Tubbs. Second, when Mahfood and I work together, we like to push the boundaries of comics in general. It's one thing to do a cool Miami Vice comicbook, it's another thing to just do a great comic book.

How much of an obligation do you feel to set up a kind of "origin story" versus wanting to just dive right in when you're working on a property so recognizable?

Casey: None whatsoever, although the circumstances of how Crockett and Tubbs originally got thrown together as partners is referenced in the story... and soon becomes a major story point. 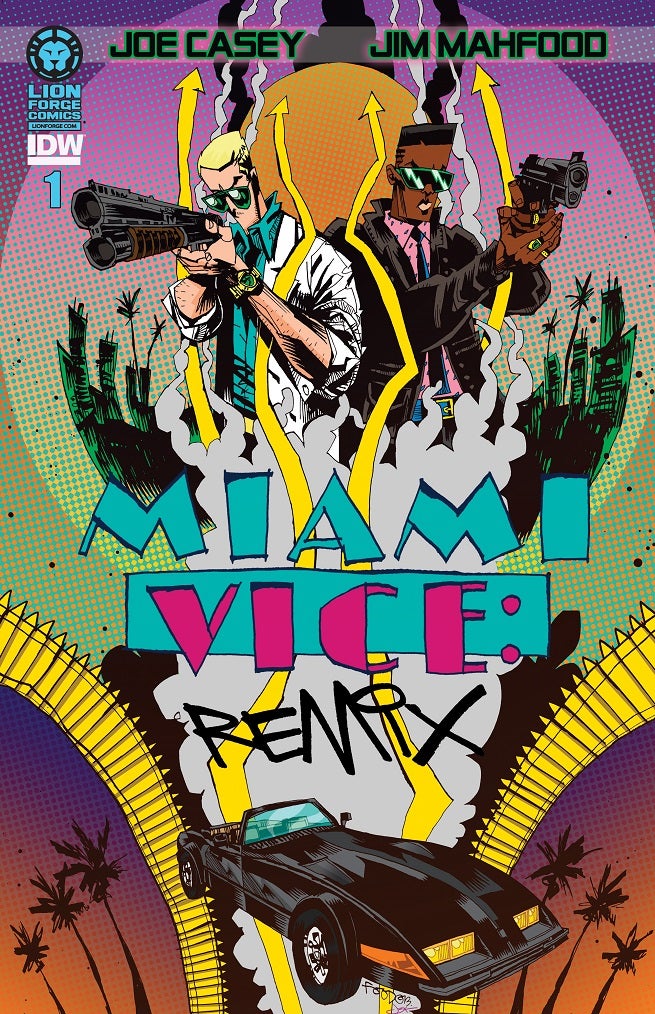 The first issue feels really kinetic, almost breakneck. Was that something you were shooting for or did it evolve with the art?

Casey: That's just the kind of comicbook that Mahfood and I like to make together. Something that has a lot of energy... something that really moves across the page... something unpredictable. I'm going for a certain razor-sharpness in the writing, cutting away all of the fat, keeping it lean and mean.

Your work is incredibly kinetic. Do you feel like a cop story – guns, chase scenes, fights, etc. – is really suited to your style particularly well?

What was the hardest part of establishing the look for this book?

Mahfood: I had to do a lot of photo reference hunting online. I needed good photos of the city of Miami, cars, police stations, mansions, and weapons to pull this off. But it's part of the process, it's all fun in it's own weird and unique way.

I can't help but feel like the major antagonists for the first issue aren't necessarily what every fan would expect picking up this book. Are you having some fun playing with expectations in the "remixed" version?

Casey: I had no idea what those expectations might be in the first place. Best not to think about them, to be honest. The fun comes from the fact that these are well-built characters, a well-thought out world. There's a reason the TV show was successful. It had style and substance. We're trying to keep to that tradition, just with a 21st Century mindset.

Obviously the previous Lion Forge Miami Vice book carried over the continuity and look of the show. When you guys sat down to remix the title, what were the big objectives you set out for yourself?

Mahfood: We wanted to do something fun, different, exciting, energized, action-packed, funny, weird, and psychedelic. We wanted to have this feel like it takes place in it's own reality, it's own universe, and with Joe's writing style, my visuals, Justin Stewart and Steve Chunn's colors…that's not a hard thing to do.