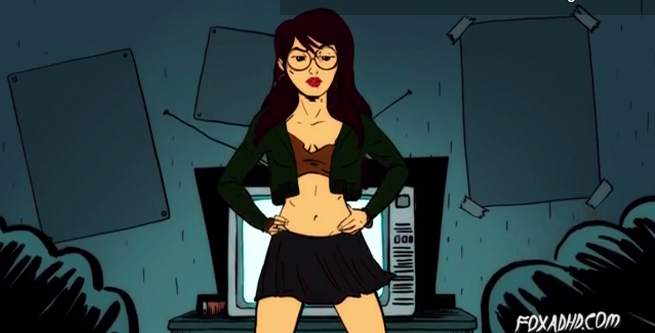 What would happen if Michael Bay, producer of Transformers (which he also directs) and Teenage Mutant Ninja Turtles, took on an animated feature based on thehit '90s cartoon Beavis and Butt-Head?

Well, the folks at Fox's Animation Domination have an idea, and it's basically as funny and as insane as you'd expect it to be. Explosions, overwrought dialogue and that computerized tuba sound that you hear in the trailer for basically every action movie since Inception happened all come together to create a hilarious trailer for what would undoubtedly be a horrifying abortion of a movie.