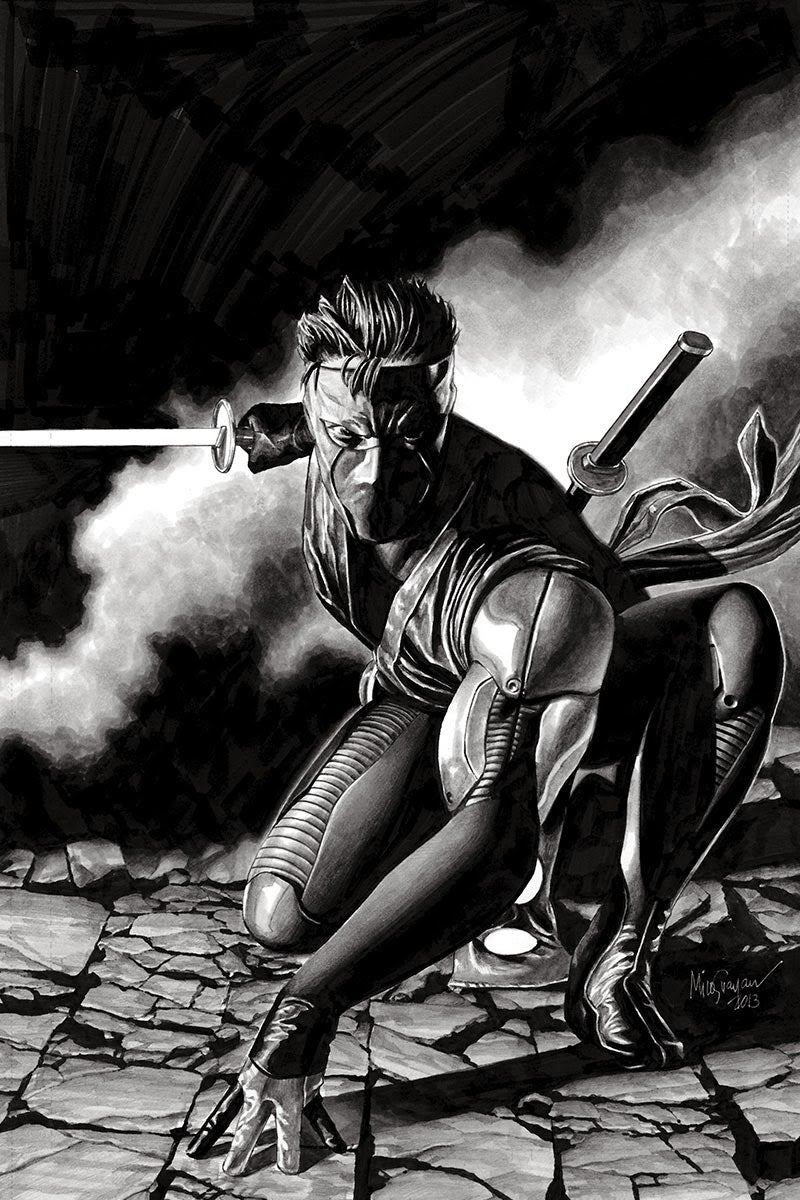 Earlier today, a fan-news site called Valiant Central tweeted an image of artist Mico Suayan's recent Unity cover featuring Ninjak, suggesting that the artist would be perfect for a Ninjak miniseries of his own.

What followed was a series of not-quite-confirmations that seemed to indicate Suayan may be working on a top-secret project with The Valiant's Jeff Lemire soon.

@Valiant_Central @Micosuayan @warrensimons Amazing cover. Almost as nice as that big super secret project we've got in the works...

...Lemire chimed in to suggest that Suayan "may be too busy," leading Shamdasani to say, "you guys are the best at keeping secrets!" Lemire joked back that he just "presume an artist like Mico must be busy. That's all."

The conversation continued on, with this rather enigmatic tweet from Shamdasani: "@JeffLemire lol. If only we could get you + mico together. That would be a Harbinger of great things. He's our Secret Weapon after all #rai"

Of course, Harbinger is currently being written by Joshua Dysart, who launched the series shortly after the Valiant reboot, while Rai is being done by Matt Kindt, Lemire's co-writer on The Valiant, and drawn by Clayton Crain. Secret Weapons hasn't been seen since 1995.

All of that might just be humor to throw fans off, though, as Lemire followed up with his own references to short-lived Valiant/Acclaim comics: "Mico is my Trinity Angel. He's a real Grackle."

Colorist Brian Reber chimed in to suggest the book seemed awesome, leading at least one fan in the thread to assume he might be coloring it as well. For his part, Suayan eventually just said that he had no idea what anyone was talking about.