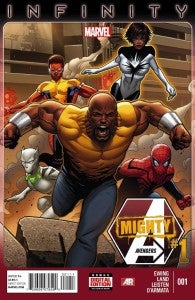 Coming from the creative minds of writer Al Ewing and artist Greg Land, Mighty Avengers #1 will hit the stands soon from Marvel Comics, and Diamond Comics have provided fans with a five-page, lettered preview of the first issue. The series begins with the team being called Heroes For Hire, a la Luke Cage's on-again, off-again company/superteam. He's gathered this group before the series begins, which in this day and age is a nice change of pace in that it theoretically means there won't be too much time spent on yet another "getting the band together" story...but the Superior Spider-Man shows up to be a jerk and, ultimately, join the team. Of course, how long he'll be on board is a whole other question, considering that Mighty Avengers #3, which just happens to take place in the same month that Miles Morales makes the jump from the Ultimate Comics Universe to the Marvel Universe proper, features the first appearance of a new member called "Spider Hero." So...? Check out the preview pages at right and below, and the solicitation text below. Mighty Avengers #1 will be on the stands September 11.

FROM THE BATTLEFIELDS OF INFINITY COMES THE MIGHTY AVENGERS! • The Avengers are light-years away in space, contending with the Builders! Thanos' marauders ransack the Earth, doing as they please! Who will stand in defense of mankind? • Luke Cage! The Superior Spider-Man! Spectrum! The White Tiger! Power Man! And a mysterious figure in an ill-fitting Spider-Man Halloween costume! These unlikely heroes must assemble when no one else can—against the unrelenting attack of Proxima Midnight! 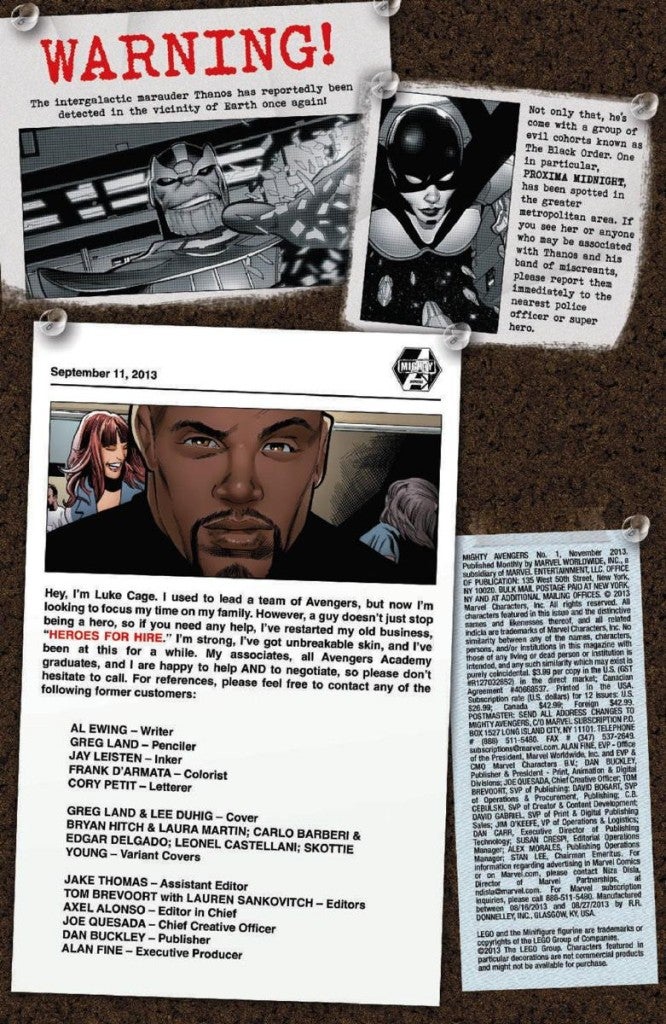 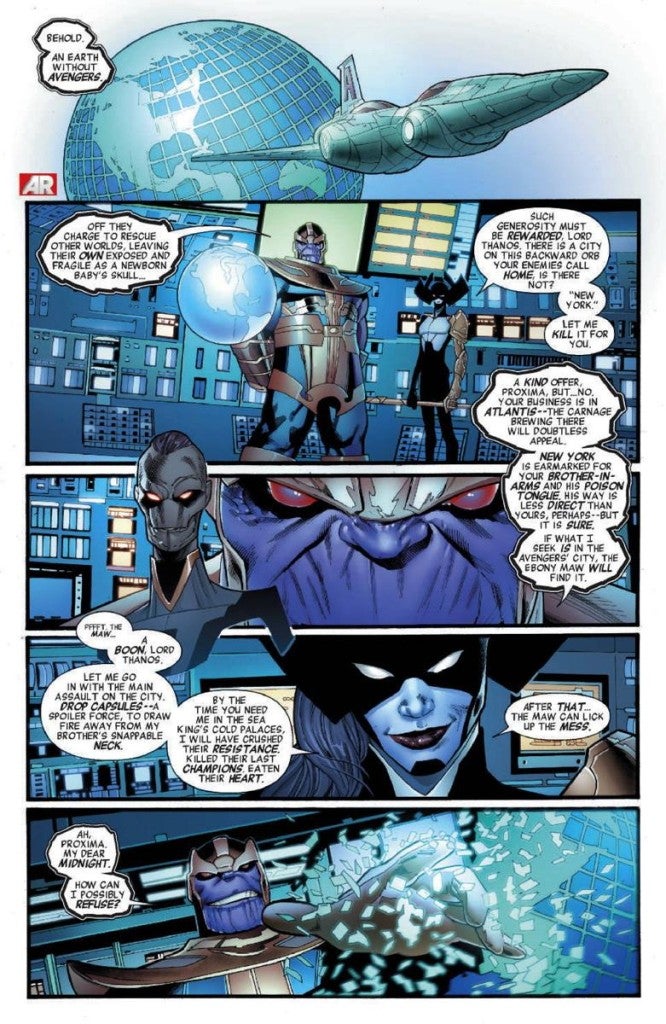 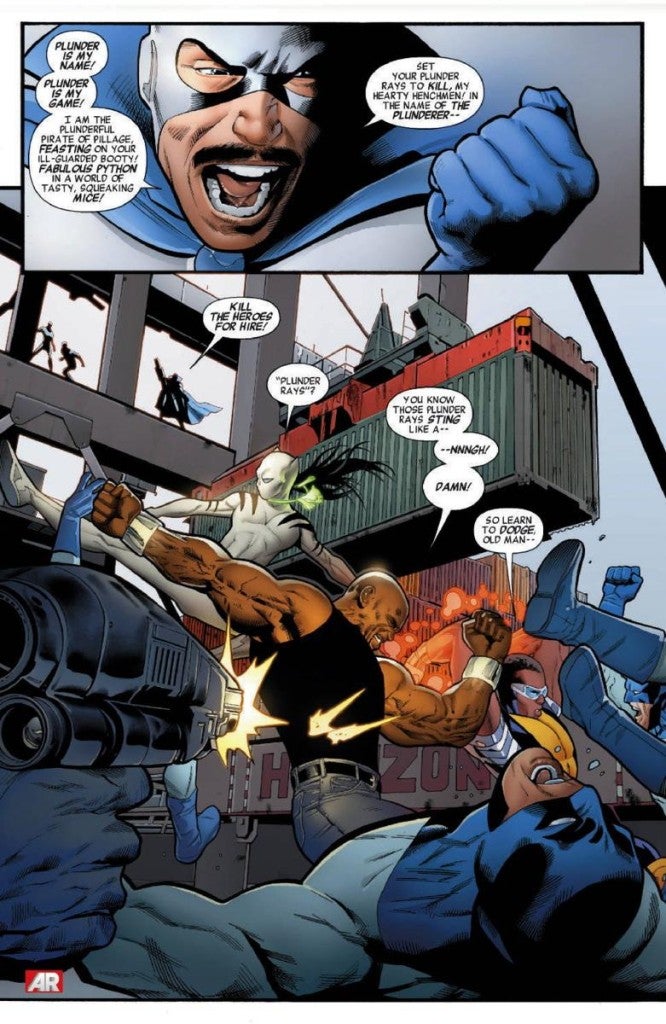 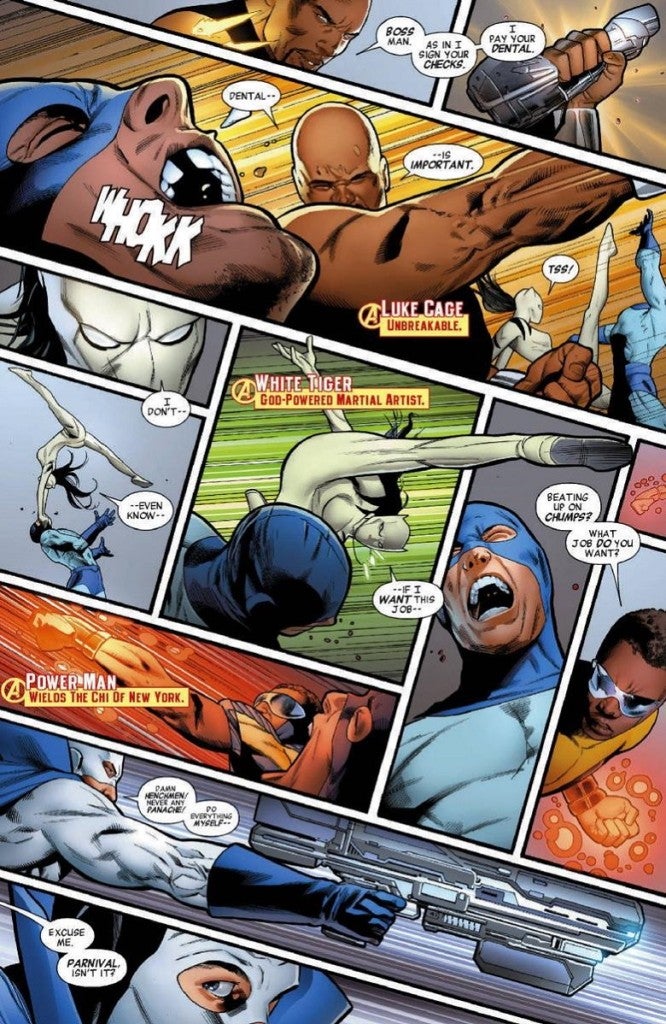 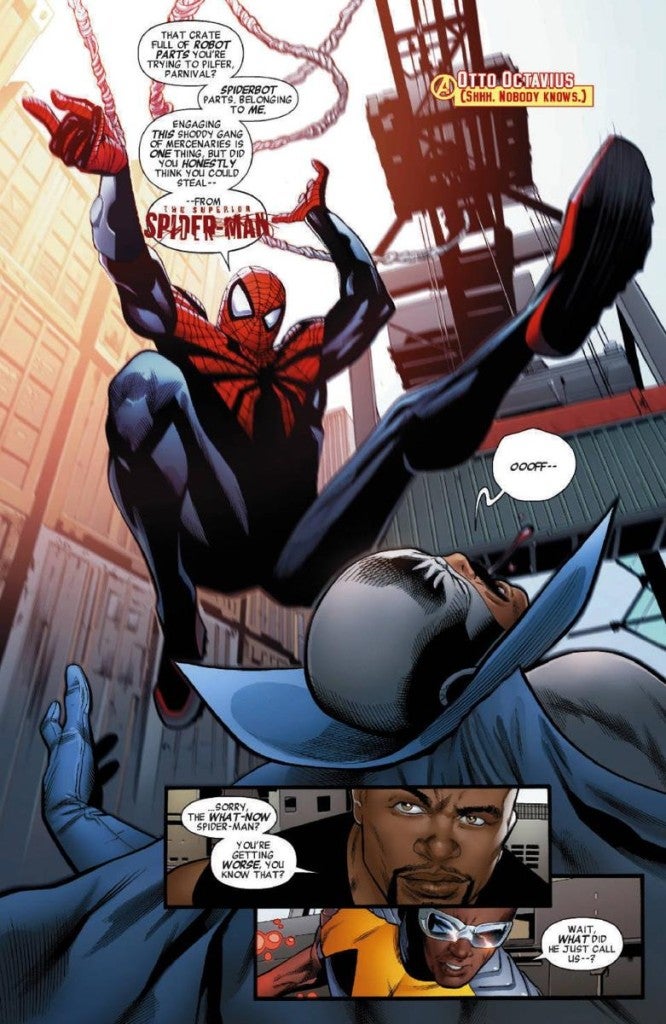 Mighty Avengers #1: Heroes For Hire and the Superior Spider-Man