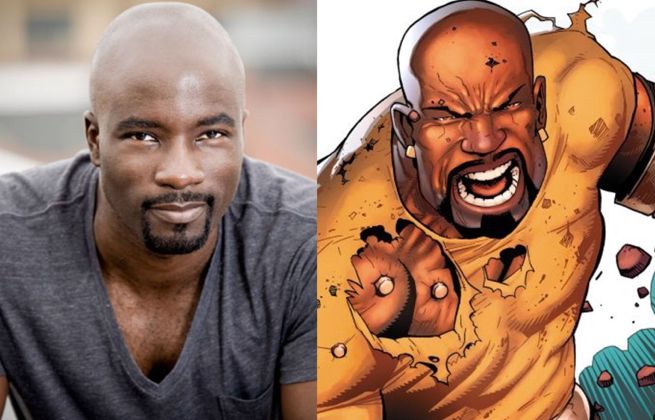 Jones, who currently plays Jameson Locke in the Xbox original series Halo: Nightfall, will debut during the premiere season of the Marvel original series for Netflix. Cage will reportedly appear in six or seven episodes of Jessica Jones before starring in his own Netflix original series.

According to Marvel, Jessica Jones will encounter Luke Cage while conducting an investigation. Described as an enigmatic character, Cage's "past has secrets that will dramatically alter Jessica in ways she could never have imagined."

"Fans have longed to see Luke Cage brought and in Mike we’ve found the perfect actor,” Jeph Loeb, Executive Producer/Marvel's Head of Television said in a statement. "Viewers will get to meet Luke Cage in ‘Marvel’s A.K.A. Jessica Jones,’ and experience why he is such an important super hero in the Marvel mythos.”

As ComicBook.com reported, Colter was offered the role earlier this month, but Marvel's announcement makes the rumors official. Colter will star alongside Krysten Ritter, who Marvel has tapped to play Jessica Jones. While it seems given that Jones would carry the role into the proper Luke Cage series, Marvel did not officially confirm it in their announcement.

Luke Cage is a long-standing Marvel character who debuted as a "hero for hire," in the 1970s. In the comics, he and Jessica Jones share a long and complex history, ultimately having a child and marrying one another.

A.K.A. Jessica Jones will debut on Netflix in 2015 after Marvel's Daredevil.

Mike Colter To Star As Luke Cage In A.K.A. Jessica Jones