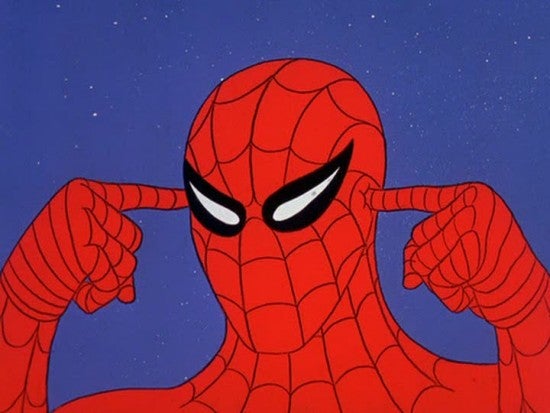 writer Brian Michael Bendis teased fans today on Tumblr with the revelation that the series' first issue will feature the Ultimate Comics debut of a villain created for the classic Spider-Man animated series from the 1960s. And, he teased, that's not the biggest, most notable part of the issue. Asked whether Miles might get some original villains in his new series rather than continually falling back on reimaginings of Peter Parker's rogues, Bendis told a fan:

"I can announce to you right here that Miles Morales: Ultimate Spider–Man number 1 will feature the long overdue debut of an Ultimate version of the 1960s Spider-Man animated show villain. "And that's not even the thing that everyone's going to be talking about."

What will people be talking about, then? Too many possibilities to recount them all here, certainly. There are dozens of original villains who appeared in the series, which ran from 1967 to 1970 on ABC. Wikipedia explains this as a cost-cutting measure: "The Ralph Bakshi-helmed seasons 2 and 3...almost entirely eliminated villains from the comic book...choosing to instead have Spider-Man face generic green skinned magical villains and monsters, thereby enabling re-use of stock footage from Rocket Robin Hood, another animated series which was produced by Bakshi. Given that context, it's perhaps surprising that Marvel retains ownership of those characters--or maybe they didn't, but can use them now that the Disney purchase has made them an in-house partner to the Disney-owned ABC (who also air Marvel's Agents of S.H.I.E.L.D.). Miles Morales: The Ultimate Spider-Man #1 hits the stands