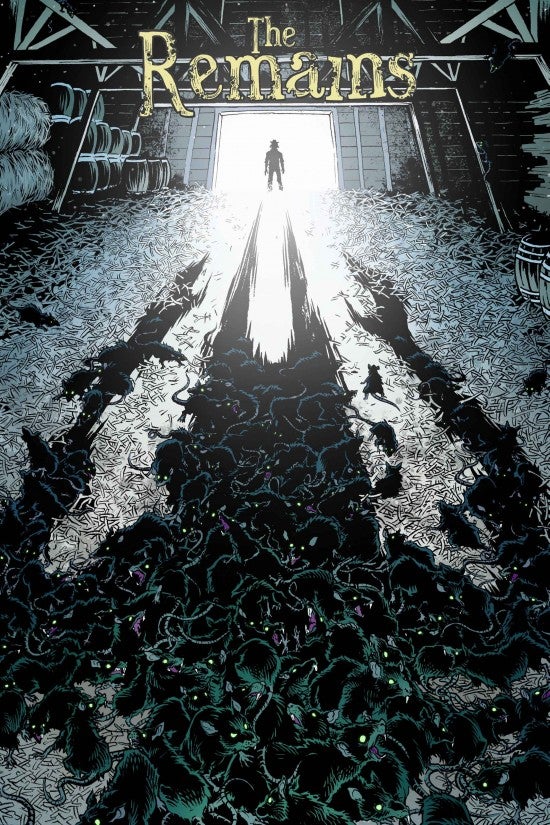 Monkeybrain Comics have released a preview of Cullen Bunn and A.C. Zamudio's new series The Remains, due out on comiXology Wednesday.The Remains A new, creator-owned series from the writer of The Sixth Gun and Magneto, The Remains is a horror series that follows a pair of women grappling with a guest in town whose very presence "makes the dead restless." You can see the preview pages embedded below, along with solicitation text and a link to pre-order the comic. At $0.99, the title will be available on Wednesday. The Remains #1 Writer: Cullen Bunn Art: A.C. Zamudio Colorist: Carlos Nicolas Zamudio Price: $0.99 Pages: 25 Rating: 15+ "The dead rats danced the day the hired man came around." Birdie and her younger sister Abigail live on a struggling farm. Their mother is several months pregnant and their father suffers from crippling rheumatism. When an itinerant farmhand appears, the children should be relieved. Instead, they find their lives spiraling into nightmare. The hired man regards Birdie with menacing desire. To make matters much worse, wherever he goes, the dead grow restless. As the horror threatens to consume her home and her family, Birdie haunted by a chilling warning: Some secrets are meant only for the dead. Direct link to purchase 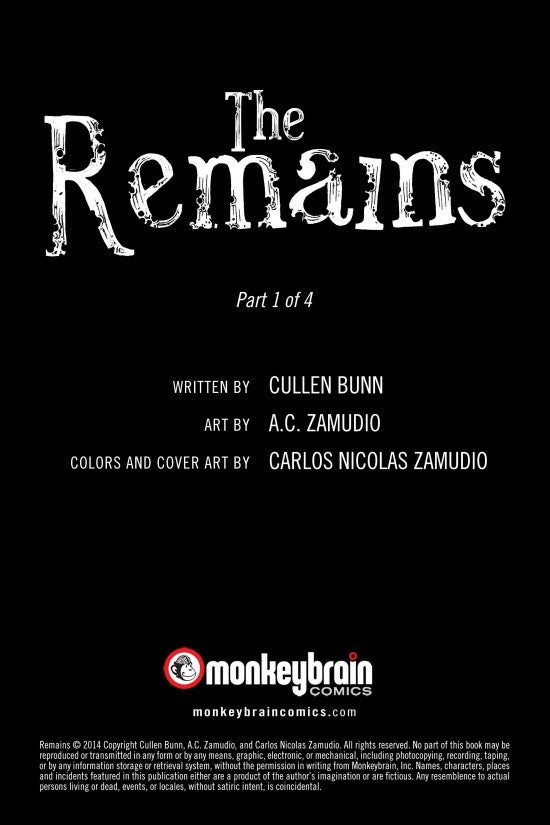 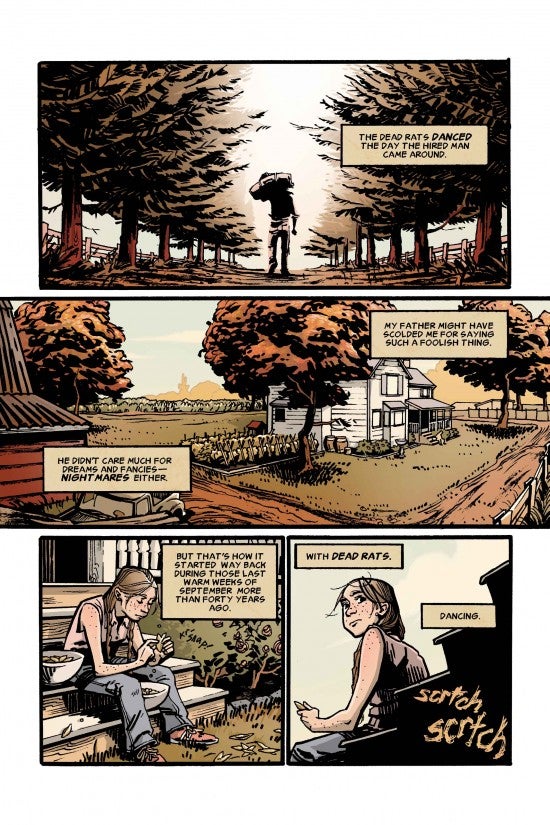 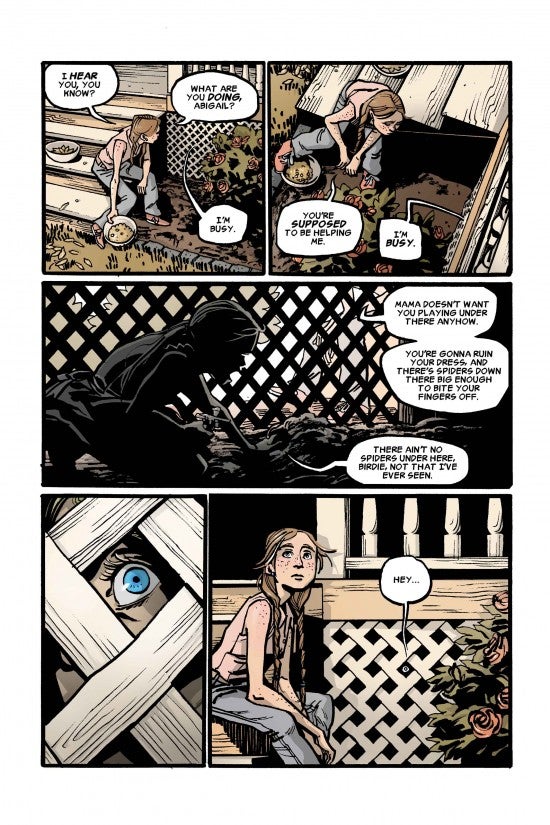 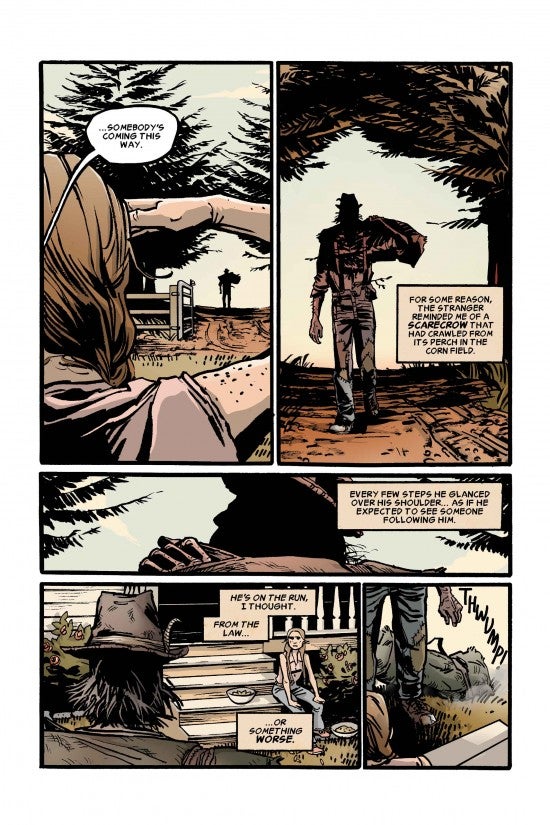