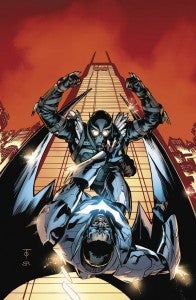 Change is certainly in the air for The New 52 in May. Aside from the previously-announced "Second Wave" of New 52 #1s, which will populate their DC Comics - The New 52 Free Comic Book Day offering, a chain of announcements this week have seen creative changes to Justice League Dark, Stormwatch, and Frankenstein Agent of S.H.A.D.E. In the last few hours, though, they've added Batwing and DC Universe Presents to that list with a pair of announcements at their blog, The Source. Marcus To, currently handling art chores on Paul Levitz's Huntress miniseries, will join Judd Winick on Batwing in May, beginning with an issue that will tie in to the "Court of Owls" storyline in the Batman family of titles. After that arc wraps up, the character will return to his native Congo, which DC pegs as a selling point for To.  Says the site, "To is currently illustrating the six-issue Huntress miniseries, which follows the international adventures of the extended Bat-family through Italy. With Batwing, he'll be bringing his distinctive style to the heroic exploits of David Zavimbe in Africa's Democratic Republic of Congo." 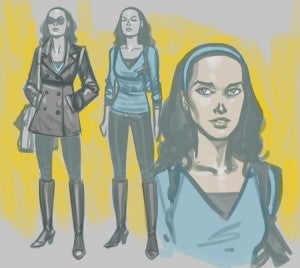 To's cover for Batwing #9, shown at left, not only features our first look at how he'll handle Batwing and the Court of Owls but also continues a rather strange motif of Batwing falling off of buildings on recent DC covers. The superhero, who may be joining the Justice League International soon, is guest-starring in that title with April's #8 and is seen in a similar predicament on that cover. This morning, meanwhile, the blog announced that James Robinson, writer of The Shade and the upcoming Earth 2, will take over writing chores on DC Universe Presents for a Vandal Savage-centric story with artist Bernard Chang. Chang most recently did the beginning arc of that title for the New 52 relaunch in September, with writer Paul Jenkins. Their arc ended in January, leaving Jenkins's schedule wide open after he leaves both Stormwatch and Batman: The Dark Knight soon. Between now and May the title will be written by DC Co-Publisher Dan DiDio, who is telling a Challengers of the Unknown story with veteran artist Jerry Ordway on art. 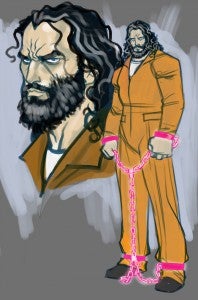 Robinson and Chang's story will follow Kass Sage, an FBI profiler created specifically for this story who is forced to rely on Vandal Savage--the immortal DC villain in jail for life--for help with a case. Oh, and she's apparently Savage's daughter. But not Scandal, the daughter who had starred in Secret Six prior to the relaunch. Sage is far from the first new character to be introduced in the New 52, but she is the first to get her own starring role--even if it's in an anthology book rather than her own title. The character seems to fit well with many of DC's "adventurer" heroes--like Cameron Chase, Cave Carson or Rip Hunter--who are more often close to the action than actually in the thick of it and so whose brushes with the superheroic are all the more notable. No cover or interior art is available for the DC Universe Presents arc yet, although DC posted basic character images of Sage and Savage to their blog. Savage has until now not appeared in the "present day" DC Universe although his character is featured in Paul Cornell's fan-favorite Demon Knights series, which takes place centuries in the past and features a group of magical characters in the waning days of Camelot.

More May Creative Changes Announced For The New 52