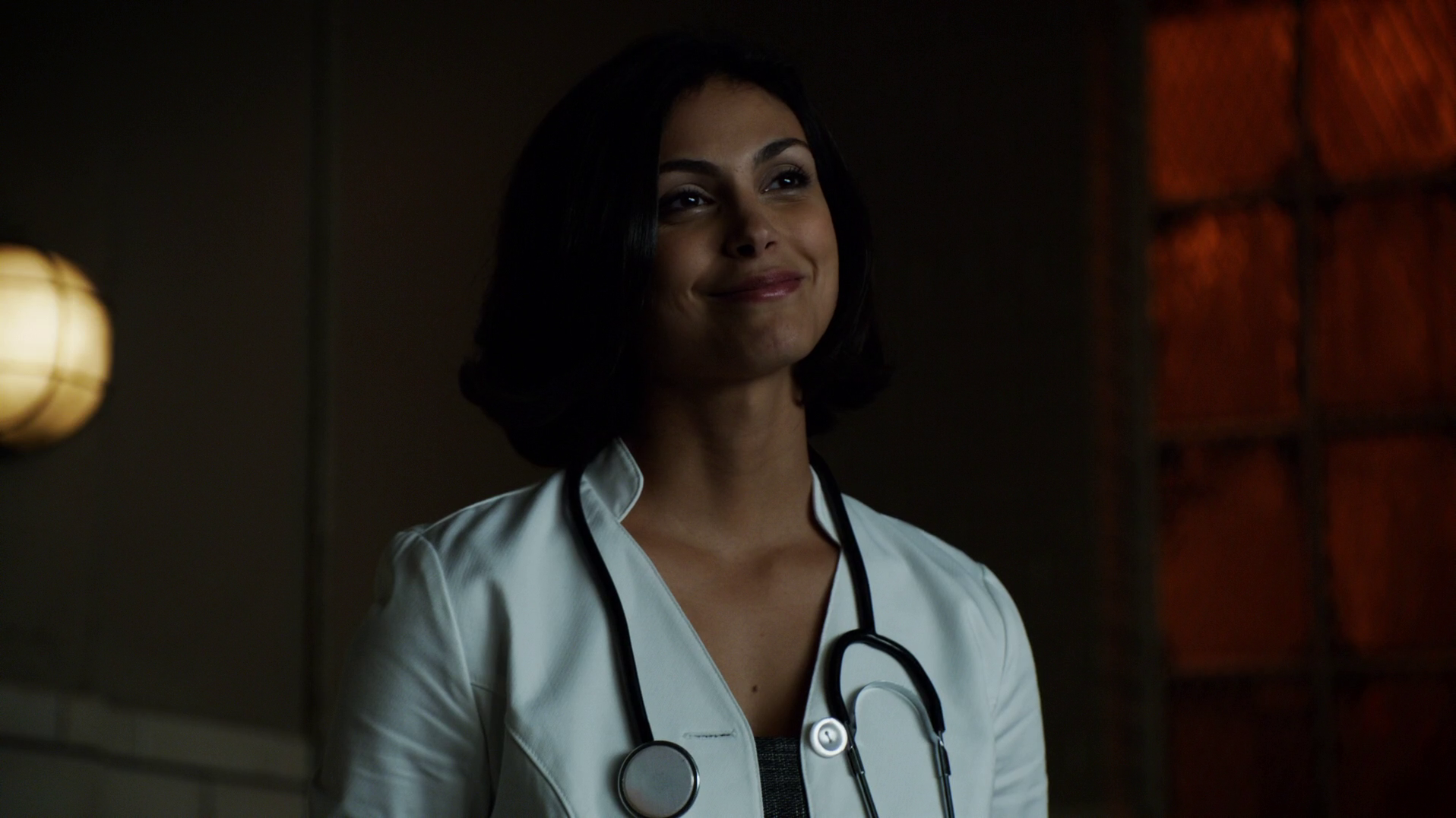 When Dr. Leslie Thompkins clocks back in for Gotham's second season, she'll be a full-time practitioner.

That's because the character, played by Morena Baccarin, will officially become a series regular starting this fall. When Thompkins was introduced in the middle of Gotham's premiere season, it was only in a recurring role. But as the character has grown into Jim Gordon's new love interest and an important player in Gotham's overall narrative, Thompkins' stock has risen enough to earn an even bigger spot on the cast.

Thompkins and the rest of Gotham will return for a second season this fall on FOX.

Morena Baccarin Will Be Series Regular For Gotham Season 2