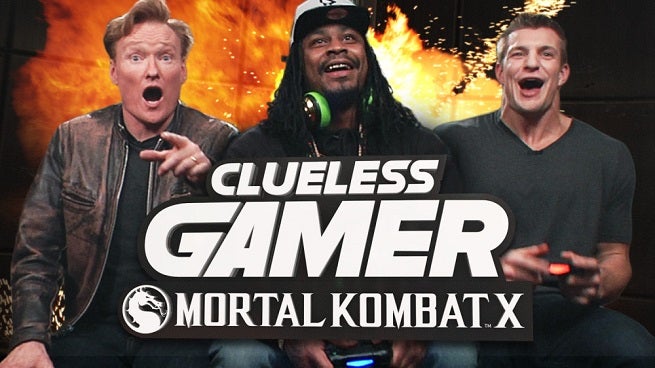 Conan O'Brien, Rob Gronkowski and Marshawn Lynch's "Clueless Gamer" segment, in which the two squared off in Mortal Kombat X, was a good laugh when it aired, but Team Coco have just put more outtakes from the pair's gaming session online.

The video, titled "Marshawnisms," features a running commentary of jokes, observations and trash talk from Lynch as they play.

"I respect your pimpin', gangsta." - Marshawn Lynch might be a man of few words for the press, but he's got plenty to say when he takes on Rob Gronkowski & Conan in "Mortal Kombat X."