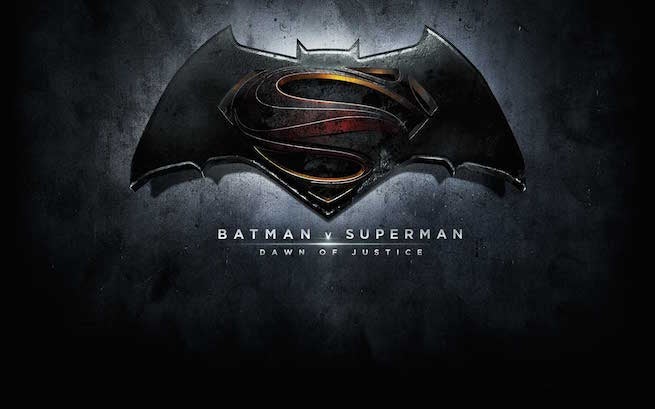 It goes without saying that DC has made some very poor decisions, specifically in regards to their films while Marvel has established themselves as the new relevance. They’re the franchise that Hollywood’s elite actors wants to be a part of.

Avengers, Guardians of the Galaxy, Captain America, Joss Whedon, the Marvel Cinematic Universe has consistently established themselves as the proverbial dominant champion of the mountain. The fact that DC has done little up until this point to answer the challenge, was a huge mistake. So is the fact that it’s taken this long for Wonder Woman, 1/3 of the Trinity (and a flagship title for the company) to finally get a solo film.

It would appear that DC and parent company Warner Bros. have no clue what they're doing and their Cinematic Universe is dead on arrival.

Only appearances can often be most deceiving and there may just be a method to DC’s madness, and if they are strategic, creative and mindful, not only will the DC Universe make a most impressive showing through their upcoming films, but they could easily give Marvel a run for their money. In fact, DC beating Marvel at the box office may not be as far-fetched.

Marvel and Parent Company Disney certainly had a blue print and the means to make the movie franchise success a reality.

The Avengers and Captain America: Winter Soldier were both commercial and cinematic achievements that most filmmakers can only dream about. With that being said, fans conveniently forget that Marvel has made more than its share of blunders which often get defended or denied.

Blunders which The House of Ideas probably wouldn’t receive a pass on if DC or another contender had established a major presence far sooner.

Captain America, Thor and the Iron Man films did well at the box office, sure, but in terms of storytelling and quality, they simply left much to be desired.

While it had a very talented cast, Captain America: The First Avenger was a formulaic origin story.

The first Iron Man film delivered and it played to its strengths with the humor and fun that only Robert Downey Jr. brings.

However, the sequels were more than a bit predictable. There’s only so many times Tony Stark can save Pepper Potts and battle another evil business rival (and by extension himself) before it gets predictable.

The first Thor film had heart and nuance and was a welcomed reversal in terms of the protagonist’s arc. The mighty but arrogant brash prince managed to learn empathy and compassion without losing his edge as a warrior. The less said about The Dark World, the better.

DC understands that they don’t have the luxury of slow build-up or filler flicks. They have to unleash their A-game and convert the critics and naysayers from the opening scene.

Audiences have seen both the Caped Crusader and the Man of Steel save Gotham and Metropolis time and time again. The meeting between these two titans in a live action film is virtually unprecedented and definitely a historical moment worth the price of admission.

While introducing so many major players in the Man of Steel sequel is admittedly a major gamble, there is wisdom to the adage “Go big or go home.”

Despite the fact that DC has maintained a mainstream cinematic presence far longer than Marvel, DC has consistently been hit or miss with their live action films. Especially when the film revolved around characters who weren’t The World’s Finest.

But as Man of Steel indicated, Director Zack Snyder and company mean business. They are taking copious notes of what worked for Marvel and what areas of opportunity the Mouse failed to capitalize on.

DC and Warner Bros. have already proven that they’re paying attention as it took them far less time to announce films being headlined by women and people of color. Marvel fans have been campaigning for years for a superhero flick that featured a minority (someone other than a straight white male) as the main protagonist. Seeing minorities reduced to the sidekick and/or the love interest gets very old very fast.

DC has already capitalized on Marvel’s short-sighted shortcomings. First they made penance with Wonder Woman fans by finally announcing a long overdue feature length film for the iconic Amazon. More than that, films are also slated for Dwayne Johnson as Black Adam, a Cyborg solo film, and The Suicide Squad which will feature Harley Quinn, Enchantress, Will Smith as Deadshot as well as a yet to be cast Dr. Amanda Waller. This news sparked much excitement and garnered much mainstream attention and praise. And what just happened last month shortly after DC made some of their announcements. Marvel finally decided to get progressive and, finally announced the highly anticipated Black Panther and Captain Marvel films.

DC's dy they are riding with serious momentum and proving themselves as serious contenders. The fact that Jared Leto’s The Joker will be a villain in Suicide Squad, a film other than Batman is a testament that the powers that be at DC and Warner Bros. aren’t afraid to think out of the box and when it’s advantageous, do the exact opposite of Marvel.

The Marvel Cinematic Universe gets credited for bringing fun and light back to the superhero genre and the credit has been well-earned. Expect the DC films to be a bit darker in tone. That contrast will benefit both companies in providing variety for movie goers and establishing a more distinct identity for both companies.

If someone needs anymore solid proof that the DC Cinematic Universe is about to become a serious contender, look no further than Dwayne Johnson and Will Smith.

In an age where the Hollywood skies are proverbially falling, Smitg may just be one of the last men standing in terms of Hollywood Elite whose outing all but guarantees Top Box Office receipts.

Dwayne Johnson has gained a reputation in Hollywood for breathing new life into failed franchises as Journey to the Center of the Earth, The Fast and the Furious and G.I. Joe illustrate. Neither A-lister would risk attaching their name to a brand if they had serious doubts about DC.

Then again, DC could manage to snatch failure out of the jaws of success, yet again.

But from the look of things Marvel is about to have a fight on their hands. One so epic that the only clear winners will be the movie fans.

Movies: Why DC Films May Give Marvel Movies A Run For Their Money