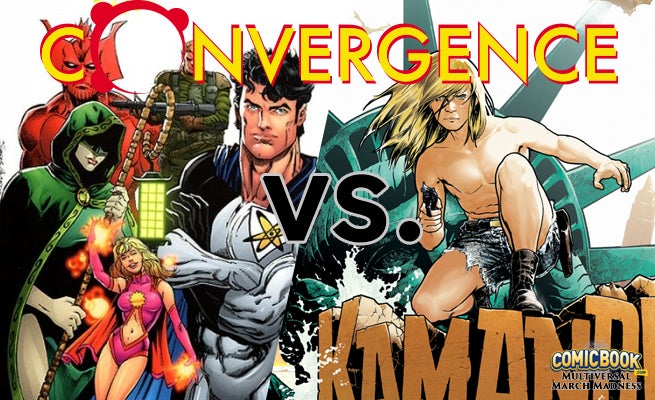 Stats: Following a Great Disaster, the last boy on earth had to spend his days struggling to survive against an onslaught of mutants, monsters and humanoid animals.

Weaknesses: There simply aren't that many metahumans in the world of Kamandi who aren't throwaway fighters.

Stats: In the '90s, writers Dan Jurgens and Ron Marz reimagined the entire DC Universe, using nothing but the characters' names as inspiration. In this new universe, DC introduced entirely new histories, mythologies, powers and personalities for their biggest characters.

Strengths: A fascinating world full of powerful characters both good and evil, this is a world that's stood toe-to-toe with the pre-Flashpoint DC Universe.

Weaknesses: Not even the DC Universe could prepare Tangent for Jack Kirby's unstoppable might.

Will the King's creations survive The Tangent Universe, or will it be another Great Disaster for Kamandi? Decide in the poll below!