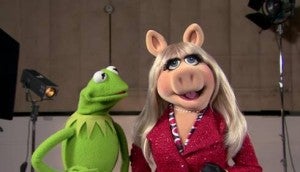 Disney has just released the first teaser trailer for Muppets Most Wanted. Disney’s Muppets Most Wanted takes the entire Muppets gang on a global tour, selling out grand theaters in some of Europe’s most exciting destinations, including Berlin, Madrid and London.