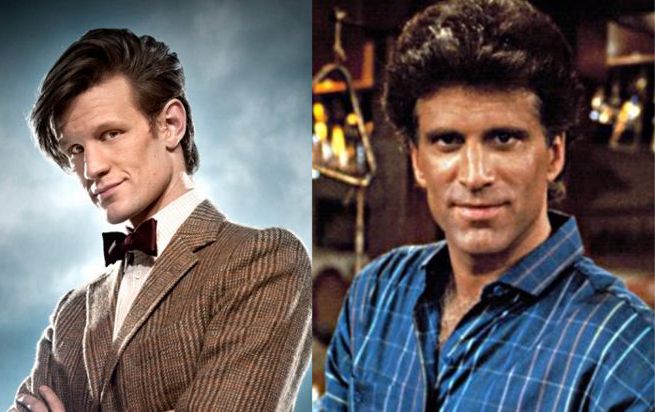 In regards to Christopher Nolan's Batman movies, Adams said, "The first two, great. The last one, too dark, too much. It's almost like overboard. If we had just let those first two stand on their own. I'm not saying the last one was not good, but they did the same thing they did in the Superman movie. He went away for five years, excuse me."
Adams also had some complaints about Tim Burton's Batman movies, as he didn't like the makeup on The Joker or the way Batman couldn't turn his head.

One of the most interesting parts of the conversation was when Adams offered up his own choices for who he would cast as Batman and The Joker.

Adams said, "Here's a choice for Joker…say we're looking for another Joker…Matt Smith."

Adams explained, "He can overcome. He's not going to seem like a challenge to the previous one. He's got that look…fan favorite. And he's got the shape. Everything's there."

Interestingly enough, Matt Smith himself recently mentioned his dream role would be a part in the Batman movies. Matt mentioned that he would like to play Batman or The Joker, but he was also open to the idea of playing The Riddler.

As far as to who should play Batman, Adams said, "Here's a thought. This is wrong, but it's still right. If Danson…what-his-name Danson…Ted Danson….if Ted Danson were a young man….what is he 6' 3 and a half? He's got all this hair, but when you take the hair down, he's got this thick neck that goes down."

Adams added, "He's tall, broad-shouldered, looks athletic, that's Batman. Think about it. He's got a build. He's tall. He's athletic. He looks like he could do gymnastics. Put him in a suit that shows off the muscles. Pump it up a little bit, but not too much. Armored, excuse me bullet-proof material doesn't have to be like armor. It could be cloth. He could twist in the material."