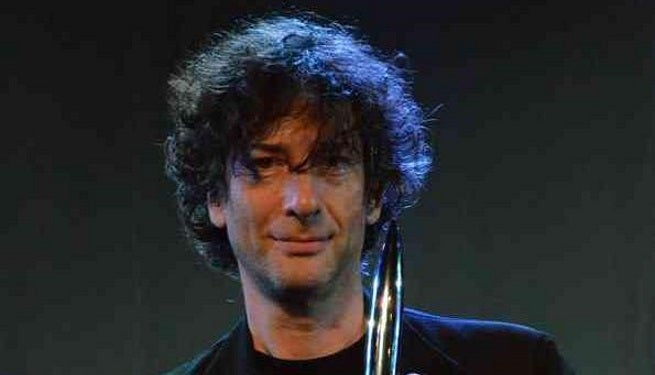 Neil Gaiman will be honored by The National Coalition Against Censorship (NCAC) for his 40 years of free speech advocacy at a gala on Monday, November 3 at Tribeca 360°. You can see Gaiman speak about his own encounters with censorship in the video below.

Neil Gaiman is a #1 New York Times bestselling author of more than twenty books for readers of all ages and the recipient of numerous literary awards. The absolute edition of Gaiman’s masterpiece comic book series Sandman has been listed as one of the top banned and challenged graphic novels by the American Library Association. His critically-acclaimed novel, Neverwhere,was temporarily removed last year from a New Mexico high school after a parent considered one scene “R-Rated.” He has been fighting censorship since a scene he wrote in Outrageous Tales from the Old Testament (1987) nearly sent a publisher to prison.

For this milestone year, NCAC launched its inaugural list of Free Speech Defenders, which includes the honorees on November 3, in addition to the 37 other writers, artists, activists, students, educators, lawmakers, corporations, and celebs du jour who protected First Amendment rights and promoted free expression in 2014.

John Hodgman will emcee the event, which is chaired by Michael Morrison, President and Publisher, U.S. General Books Group and Canada, HarperCollins Publishers. The evening will also feature a special performance by Amanda Palmer, who is also Gaiman’s wife.

Neil Gaiman To Be Honored By National Coalition Against Censorship