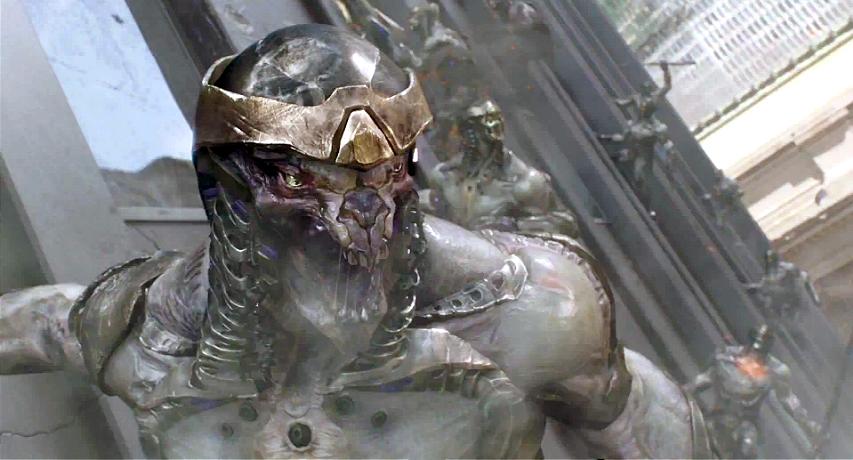 A new batch of Avengers: Age of Ultron stills are hitting the web, revealing a strong connection between the first Avengers film and the upcoming sequel.

Based off the newly-discovered images, which come by way of a tie-in children's book, Baron Strucker's modern-day HYDRA soldiers will don battle suits powered by Chitauri technology. As many remember, the Chitauri were the alien race that invaded New York City in The Avengers' final act.

The post-credits scene from Captain America: Winter Soldier already revealed that Strucker had recovered the Chitauri staff that Loki wielded throughout Avengers, but it looks like HYDRA has recovered even more alien tech for their sinister deeds. Indeed, the photo caption confirms that Hydra has oodles of goodies after the Battle of New York. Fingers crossed for a flying Chitauri snake comeback.

You can check out the other images (which have a few minor spoilers) in the gallery below.