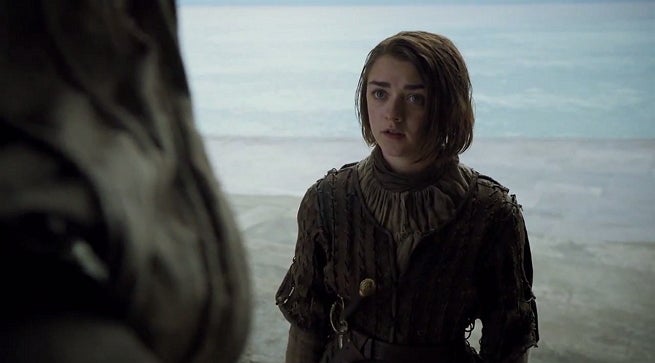 Game of Thrones star Maisie Williams appeared on last night’s episode of Jimmy Kimmel Live, and she brought a new clip from Games of Thrones Season 5 with her.

The clip shows her character, Arya Stark, in Braavos after making the trip across the Narrow Sea from Westeros.

“The new season for Arya is totally different than what we’ve seen before,” Williams says. “She’s in a completely new location. You see the doors were black and white, and for anyone who’s read the books will know that that’s a really exciting place for her to be.”