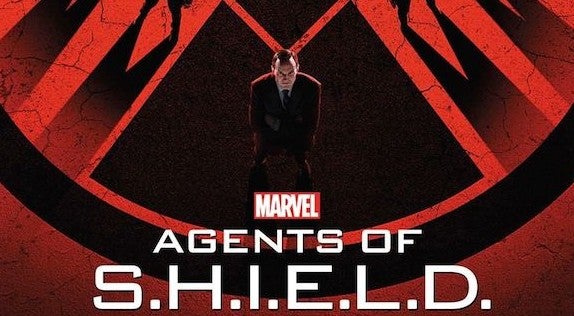 Marvel’s Agents Of S.H.I.E.L.D. is well in the beginning of it’s second season to much fan praise. At New York Comic Con this year, ComicBook.com sat down with Marvel’s Head of Television, Jeph Loeb and star Clark Gregg to talk about the new season, the old season, and what fans can look forward to as new cast members join the team and get ready for emotional gut punches.

When we sat down, Gregg was itching to get out onto the con floor and after figuring out why, (he has some holes in his Warlock collection) we were off to the races.

Guys, thanks for taking the time to do this. I wanted to start this off asking you guys what your feelings are in the early days of season two of Agent’s Of S.H.I.E.L.D. and how different it is now, from season one.

JL: There’s a confidence, but not a cockiness. It would never be that. We know how lucky we are. We know how gifted our writing staff, our actors, our show runners are and it's a big huge challenge, there’s no two ways about it. To be able to tell 22 hours of a story in a year, hold on to that audience and see that happen week in and week out, it’s daunting, but thrilling.

Look, in all fairness when we came out last year, there had never been a Marvel television show. There were shows that Marvel had been involved in, but this was the first time a prime time, made by Marvel show had ever hit the air. Not to mention we had the pedigree of the movies above us for the premiere.

There wasn’t a lot of pressure on us, not at all. [Laughs]

We even had one of the stars of the Avengers as our lead!

We cheated, a little bit. I mean we had Joss Whedon involved. It did help. But by the same token, we had the same challenge of being able to get out there and introduce a world that had not been really explored. Some was explored already in the comics, but we had new characters and that's an enormous task to do.

To be here now in the second season and have people respond the way that they are, not just to what we’re doing, but to the new characters too is exciting. Characters like, Lance Hunter (Nick Blood), and the excitement around the appearance of Mockingbird (Adrianne Palicki) is so much fun. It's why we do it!

Is there a reaction from fans that caught you off guard or that you’re glad they embraced to fervently?

JL: I don’t know if anything caught us by surprise, but the reaction from fans about what is happening between Fitz & Simmons and the emotional impact its taking on the show, the audience and beyond is most certainly one of them.

It’s so rewarding because it’s all new. At the beginning of last season, everyone was like “Who are these guys? Why do they sound like the same character?” Now they’re all “Can we get them back together again?! She can’t be in Hydra! Is Fitz going to get better?”

To care SO much about those characters is a huge victory for us.

Clark, before the start of the first season - fans were devastated at the loss of Coulson in Avengers. Then, almost immediately there was a fan movement to find some way to get you back. I think it was perfectly encapsulated in the #CoulsonLives hashtag for the first season. But looking back at where you were then, and where you are now in the second season of the show - is there a sigh of relief in the sense that, you might be thinking “We did it?”

JL: Well, I mean - he’s writing on the walls now. It could all come crashing down.

CG: I’ve been playing this guy on and off for 6 years now. And now very on. A lot of my experience really mirrors his a lot. I was trying to put together a fairly inexperienced new team of agents/actors and tell a story in a new medium. It felt very overwhelming and I had no idea how I got there….because I thought I was dead. And that's very much how Coulson felt.

It felt like an existential crisis. How did I get here? What I was told was a lie. The people I trusted most are lying to me. I thought we kept secrets from those guys, not me! And it was a cracking open, and a life crisis in a way. It seemed like all was lost at the end of Captain America: The Winter Soldier.

I thought they were going to have to change the name of the show!

JL: We were going to try Agent Of Nothing, but it didn’t quite have the same zip to it.

CG: Phil Coulson was THRILLED to have his back against the wall, against Agent Garret and against super soldiers while being on the run. Then, to have Director Fury show up with his very favorite gun, and then to become Director himself. It was very exciting! Then the dust clears, and season two starts, S.H.I.E.L.D. is gone, the gun doesn’t work anymore, I actually don’t have ANY guns, we’re on the run, and everyone wants to kill and arrest us.

But the moment of “whew” was incredibly short lived.

It was quickly over as we’re on the run again. If Coulson is like me, and I suspect he is, there is a moment of “Oh good, let’s go old school.” It’s back to business, classic espionage, brass knuckles, we have to rebuild this thing. It’s back to work.

Does being Director feel as different to you as it does to him?

CG: Every time someone calls him that, I get chills. I never get sick of it. Sometimes I can't believe it happens. It’s heavy! There’s no S.H.I.E.L.D., its only what we do with it. I feel like that's the same with the show. I’m so impressed with what the writers, and what Jeph have done in terms of taking what was working and blowing it further out.

JL: There’s an expression that goes “When you’re number one on the call sheet, you’re the Captain.” As anyone who has a run a show will tell you, if your number one has a problem, your show has a problem.

JL: It is very much Clark and Coulson and the way that he behaves on screen in terms of how much he cares about those people and the responsibility of that makes everyone who works on that show job so much easier.

They look to a man who’s professionalism is unsurpassed. I think at the beginning there was a lot of “Oh my god that's Clark Gregg, he was in the Avengers movie. How are we going to make that work?”

The younger actors look at Clark and also see that he’s someone who’s worked with Robert Downey Jr. He’s also written & directed films. How’s this all going to be?

Within an hour, that all dissipated and they immediately bonded as a family. This show lives and breathes on our working together to make the best show we can.

That's what Clark brings every day to the set. Well, that and 15 pages of dialog.

CG: Whenever someone says this much nice things about me, I suspect I’m about to be killed off again.

CG: Look, I’m lucky to work with people like I work with. I might be the on-field captain, but it only works when the people on the top, Jed Whedon, Maurissa Tancharoen, Jeph Loeb, Jeff  Bell & Garrett Brown have the same ethos. We’re all here to do the work and to take care of each other. You never want to complain about it because it’s too much fun.

But on the other hand, its for real. It’s 14-15 hours. We’re just doing something where the first couple weeks I went “Well that was just 2 months of work on the movie we just did, in 7 days!”

We’re lucky to have a team that really cares.

Do you feel that the family dynamic you guys have bleeds through to the audience? I mean, the bond you guys have is evident. At any event you guys are at, separately or together, you can tell that you’re all in this together. And now - it’s almost as if the audience is with you on this ride and feel as comfortable with you as you are with each other.

CG: Thank you, that's the best compliment anyone could pay us. Of course, that relationship is there and we love that the audience is so invested in taking the ride with us both as professionals, and characters.

We’re all challenging each other. There will be times where I’ll walk on set and see something Ian is doing and say “My god I need to rise to that level.”

JL: When we had to tell everyone that Ward was HYDRA (SPOILER ALERT), everyone was really sad. Brett’s been a part of the family and now he’s the enemy! Again, it’s a testament to his acting abilities, but the world we’re all in together. I mean he still gets to eat with us, but sometimes it gets weird - and on the other end of the table.

So before I let you go, let’s talk about emotional gut punches - good and bad. Is there one coming up in the season that you’re prepping for either fans to bring out the pitchforks or praise you immensely over?

JL: We hope for something like that every week. It’s very important that this show retains the idea “you didn’t see it coming.” It is not an episodic show in the sense that, “Oh here's a bad guy, lets defeat him and move on.”

CG: Yeah you can’t end the show each week like [fist raised] “Ohhhh HYDRA, we’ll get you next time!”

JL: It’s much more about “What is Simmons doing at HYDRA?” “Who are Skye’s parents?” “What is going on with Ward?”

CG: And let me just say, without getting myself in trouble, as a fan of this world - what you want to see in a TV show is the serialized telling of a story. You want to see them take the 20 hours and all the situations there put in and exploit them. You want every drop of juice from those actors.

I mean look at all the things that are set up. Hydra, S.H.I.E.L.D. on the run, the small team, the new members, Coulson as Director and his crazy writings on the wall because of his alien blood.

This is all stuff that fans know going in, and the fact that anything can happen is very exciting.

I’ll tell you what though, the 4-5 episodes coming up are going to appeal to those fans who really like what we did after Captain America: Winter Soldier. They’re going to be thrilled, because I am.